b) Maenad holding the thyrsos and wearing a panther skin 0303 (made 490-480bc. From Vulci. Discovered when? 19th c?) Presently at Staatliche Antikensammlungen, Munich, Germany) 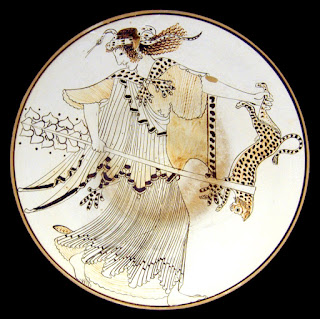 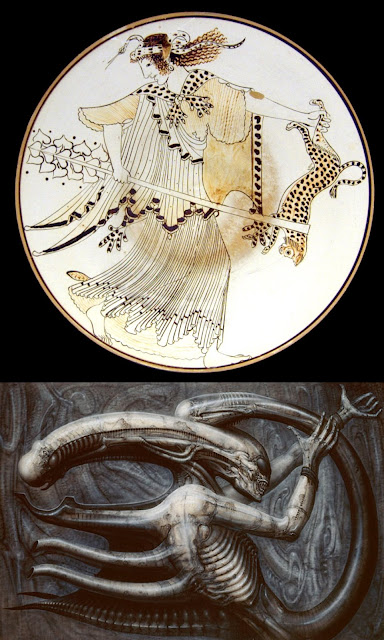 d) The spotted feline becomes the arm in the foreground, with its rear legs become the thumb and forefinger 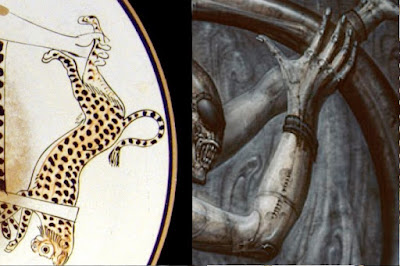 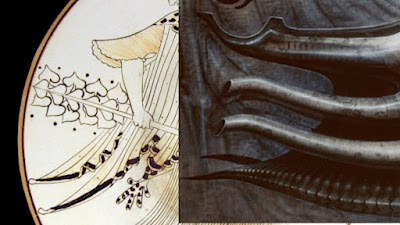 g) The head of the Maenad becomes the end of the tail, and then the arms of the panther skin around here shoulders become the drooping side pipes 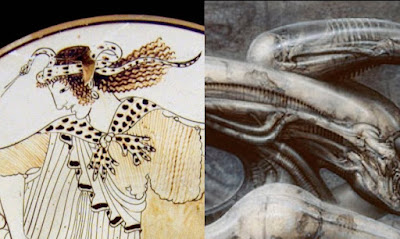 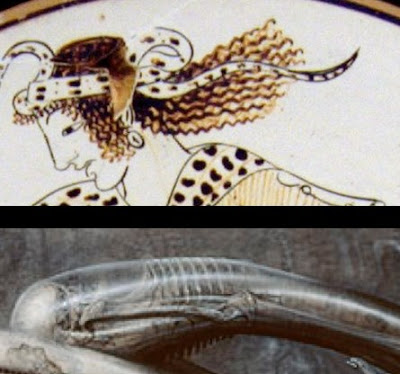