Map of Mars (compiled 1877-1886) by Giovanni Schiaparelli references 'The Rocking-horse-fly' for Lewis Carroll's Alice Through The Looking Glass (1871) by John Tenniel? 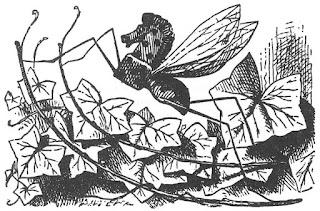 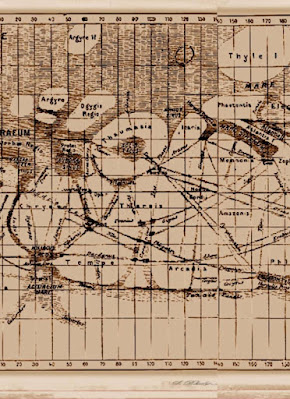 c) The two, one above the other. I would not have bothered to look for any comparison without Lowell's drawings and if there's some similarity to be defined here, there are major differences 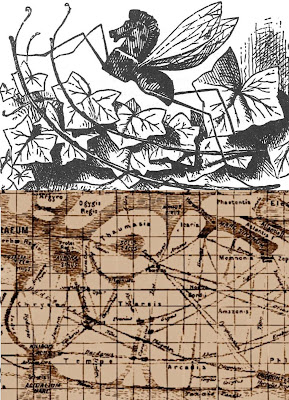 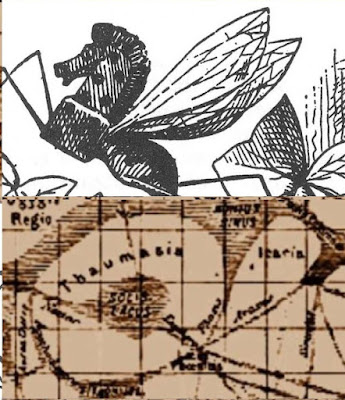 e) Wings next to the place named Icaria

f) The front of the rocker lines up here with the curve of a channel known as Indus that leads to Margaritifer Sinus.
The rear of the rocker runs connects through Mare Acidalium, via Tanais through to Ceraunius 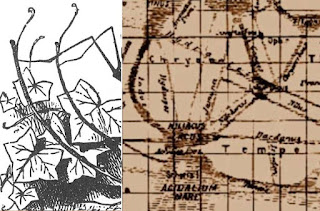 g) If you wanted to be more precise about the front of the rockers and have a different line to compare with the one in the foreground. 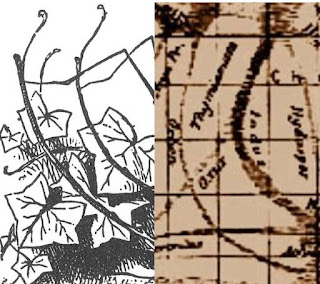 h) The leaf on the right would here becomes the set of channels connecting with Hare Sirenium knows as Sirenius, Eumenides, Gorgon and Gigas 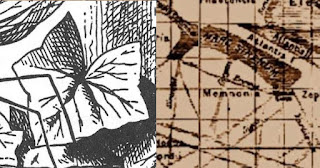