Aliens vs Predator: Borrowed from Jack Kirby's The Eternals #19

leading from
Aliens vs Predator
and
Jack Kirby 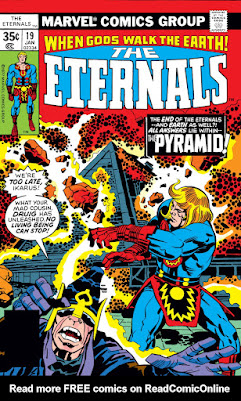 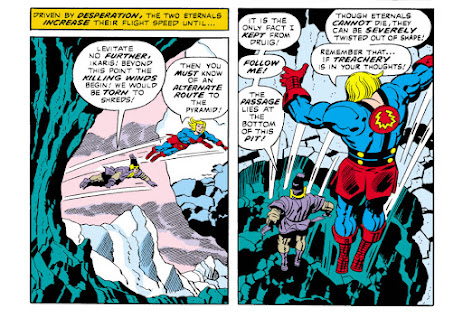 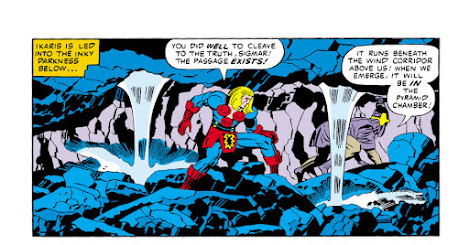 b.ii) In Alien vs Predator, the Predator's with their laser weaponss bore a tunnel that goes down deep into the ice to connect with a cave.

The humans visiting the area discover the tunnel and, descend down into a place where they discover a huge pyramid in a vast cave.

c.i) In The Eternals, the Celestial's pyramid shaped weapon has been hidden below the ice in a large underground chamber.

We are introduced to it when the character Druig travels there across to the place in his ice runner vehicle, and enters through a hole in the centre of a giant spinning mechanism generating a howling wind, and then enters the pyramid chamber in his vehicle. 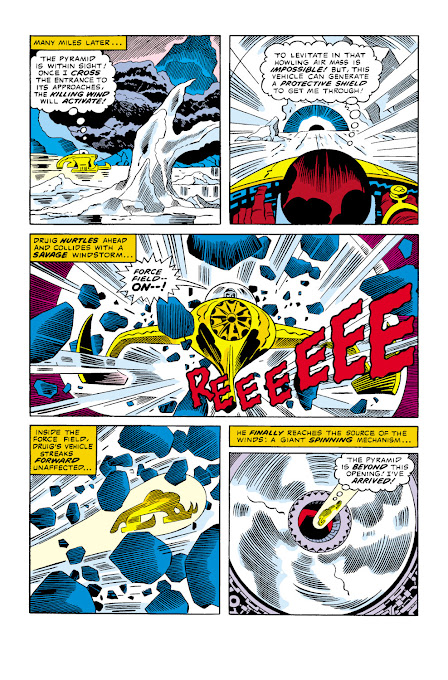 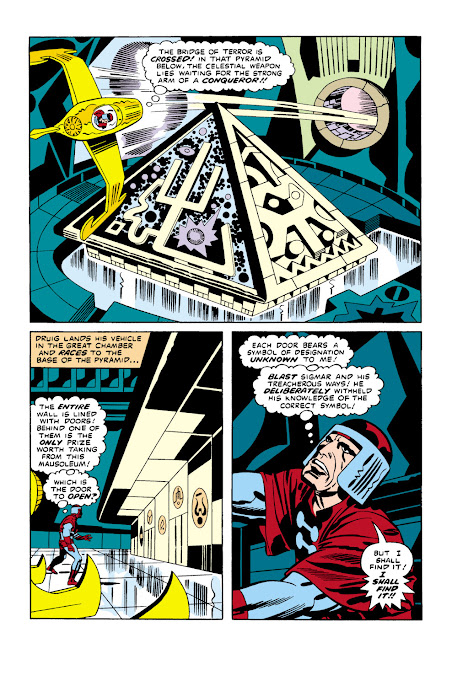 c.ii) In the film, when they get to the bottom of the tunnel, they find the pyramid in a vast cave.

c.iii) Here we see the early concept art with strange geometric patterns on the side not resembling what we see in the film, but perhaps loosely similar to the right side of the pyramid in Kirby's illustraton than the left.

c.iv) Concept art for the final pyramid design
d) Escaping the pyramid before being caught in its explosion

d.i) Meanwhile the characters  and Ikaris who had been fighting, escape the underground pyramid chamber through the passage leading to the surface. 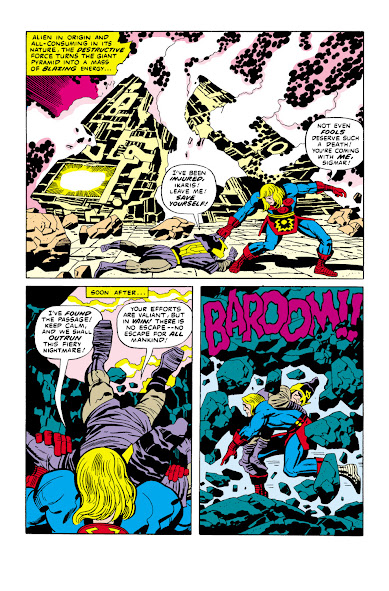 d.ii)  In AVP, the surviving predator sets off a time bomb inside the pyramid.
With Alexa Wood, it manages to escape aboard the sledge that's pulled up through the tunnel to the surface as the bomb inside the pyramid explodes and the explosion follows them to the surface
They narrowly escape the force of the explosion , running across the landscape before everything is consumed by the collapse of the surrounding ground.

e.i) When they reach the surface, for a moment they think that they have got beyond the danger 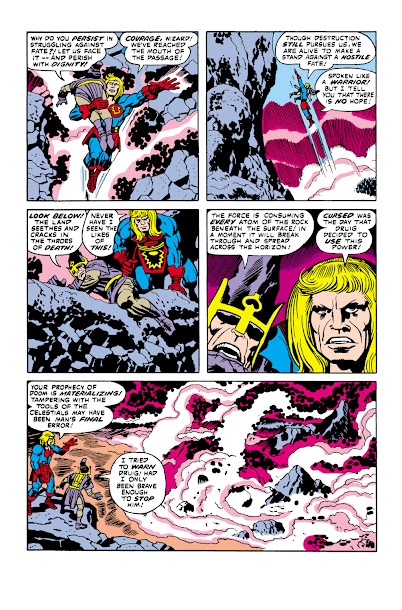 e.ii) The pyramid weapons all force is consuming every atom of the rock beneath the surface, and in a moment will break through and spread across the horizon 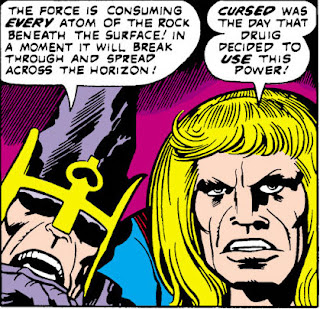 e.iii) Perhaps this comment made by Sigmar (the character with the purple hat) could be transformed into the idea of the alien queen as something that could not so easily be killed off.

With that she breaks through to the surface, becoming what for a moment seemed like an almighty threat to the planet, before a fight sends her pulled down to the depths of the ocean.