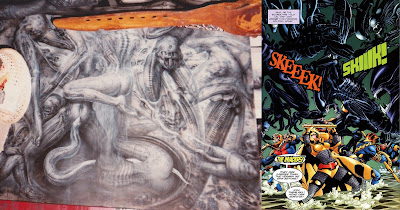 In this story,we find the character Darkseid has bred the alien beasts, as if the story was a response to Giger's painting that appeared to be loosely based upon the shapes and forms found in the Darkseid and the Anti-Life equation panel trail from the comic The Saga of the Swamp Thing Vol 2 #62 (Published 1987)which appears to me to have been loosely based on a few Giger paintings together 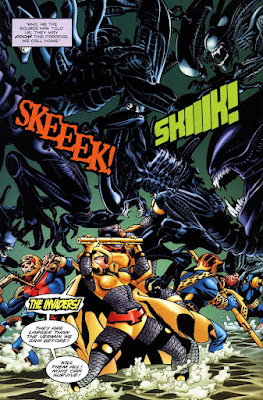 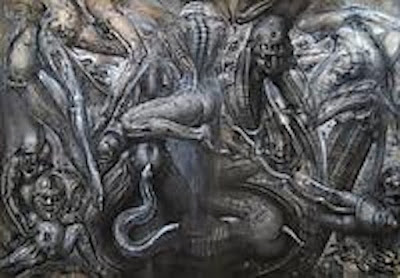 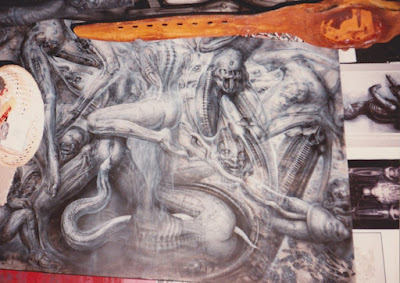 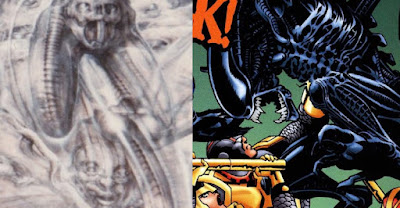 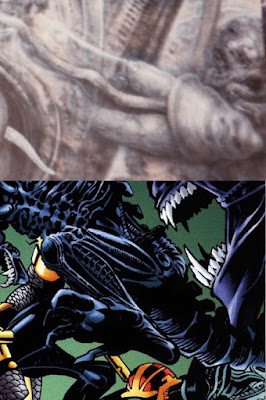 f) The rounded side of the thigh becomes the right part of the woman's yellow cloak. 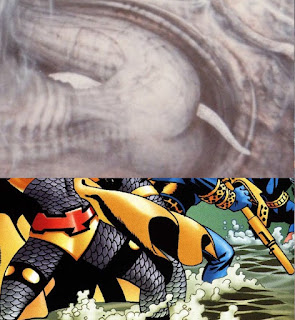