Giger, Alien and the Doctor Who

leading from
Doctor Who 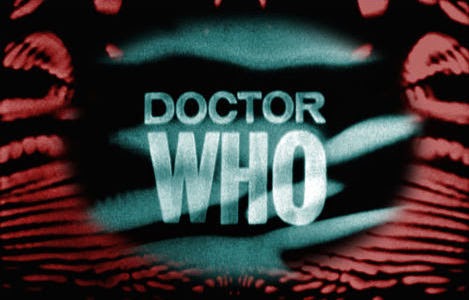 a) Unleashing Doctor Who
The Doctor Who TV series featured a time lord known as the Doctor who traveled around time and space in a space vessel called the TARDIS that was bigger on the inside than the outside, and he encounter all manner of strange and nasty aliens. Even though it quite low budget, the television series was a cult hit and brought to the public some very curious evil biomechanoid alien invaders such as the Daleks, the Cybermen and the Ice Warriors that would make their way into the public consciousness. From the 1963, people have been tuning Doctor Who, Canadian TV from 1965 aired the first 26 episodes but stopped and it wasn't until 1972 that the TV series was sold to the US. However such was the popularity of many of its alien creatures that creatively its influence found its way into the collective consciousness of British folk, the Dalek would be recognised in nearly every household. So impressive were they as a design that could be seen openly in daylight, children would be allowed to encounter a Dalek in the street and encounter them close up, however they roughly resembled an oversized salt cellar with a human sitting inside pushing the thing around, supposedly there was a mutant from the planet Skaro inside controlling the contraption in a similar way that in War of the Worlds there were these mechanical contraptions walking around with an extra-terrestrial inside who couldn't deal with the environment outside.


b) Ridley Scott almost designed the Daleks?
He was originally assigned to design the second Doctor Who serial, The Daleks  (broadcast 21 December 1963 to 1 February 1964 TV) which would have entailed realising the famous Dalek alien creatures. However, shortly before Scott was due to start work, a schedule conflict meant he was replaced on the serial by Raymond Cusick.

c) Connecting to Giger
There other star alien invaders were the humanoid cybermen who were a race of people who had replaced most of their body with mechanical components and wore suits that protected them from the outside environment. As Giger started to think about his own alien humanoids as physical outfits leading to the Necronom painting series after working on Swiss Made 2069 and one can see signs of Doctor Who aliens in his painting Aleph,  I'm asking myself if the early Doctor Who programs with their reappearing Daleks, Cybermen and Ice Warriors etc generally influenced Giger's enthusiasm for biomechanics and also made their way into paintings, but it is hard to suggest that any of this really should have meant anything to him. And so from what little is known about the history of Swiss television today, the actual television programs were unlikely to have aired in Switzerland until 1980s if at all. It might be easy to consider that at least he had some access to photographs from the television series through books and magazines and perhaps it would have been a discussion point for those curious about science fiction in general.