"The photograph of Sculpture to Be Seen from Mars (1947) shows the model for an unexecuted land work designed to serve as a cenotaph for humanity. It demonstrates Noguchi’s long-standing interest in leveraging the exploration of outer space to expand his perspective. He was particularly drawn to the paradox that while we associate space with a science-fiction future, nearly everything in outer space is billions of years old and made of rock." (http://americanart.si.edu/exhibitions/online/noguchi/outer-space/) 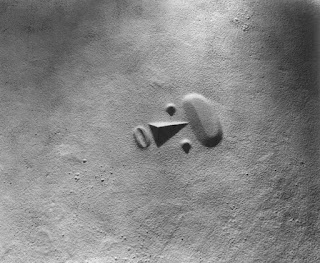 Isamu Noguchis's sand model for
Sculpture to be Seen From Mars(1947)
Source:  http://www.core77.com 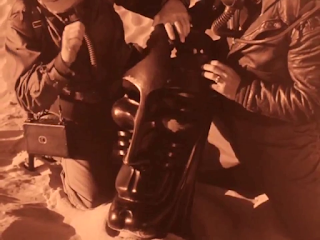 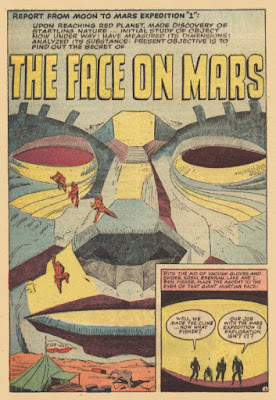 e)  In the January 1977 edition of "Official UFO Special: Ancient Astronauts", the Face On Mars from the well known Viking image turned up in H Smukler's "Dramatic Photos of Mars: the Home of the Gods" 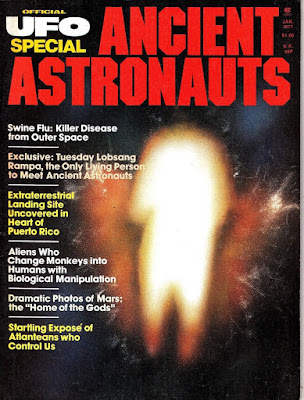 f) The British newspaper The People, on June 8th 1980 ran an article about the face on Mars comparing it to the Egyptian sphinx. Perhaps other newspapers and magazines have too. 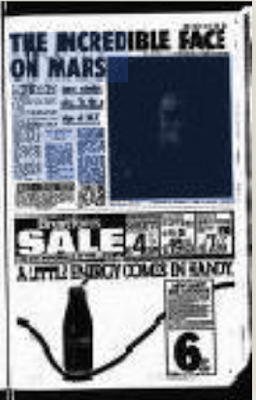 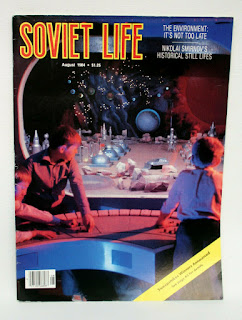 g.ii) "Are there pyramids on Mars? Perhaps a sphinx too? Vladimir Avinsky's latest hypothesis says they're up there". 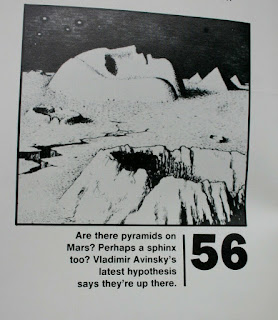 g.iii) In this article the Face on Mars has been referred to as "The Sphinx" 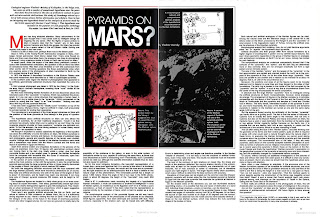 h) During 1985 , in January, Hoagland and Sagan discuss Mars anomalies at National Academy of Sciences meeting in Washington. Sagan offers to review any material on the subject and anticipates ex­changing papers in the literature.

Series of newspaper articles come out critical of the Indepen­dent Mars Investigation during the spring.

On June 2, Sagan publishes article entitled: "The Man in the Moon" in Parade Magazine. Article includes a colorized ver­sion of Viking frame 70A13 in which the crucial shadows are . obscured by the added color. Sagan is highly critical of Face and investigators-none of which are mentioned by name.

Interviews with Sagan and others at "Steps to Mars" confer­ence held mid July in Washington indicate growing resistance to Mars anomalies in the planetary community.

(information for 1985 events come from The Martian Enigmas: A Closer Look: The Face, Pyramids, and Other Unusual Objects on Mars Second Edition here comes from https://www.amazon.com/dp/1556432429/ref=rdr_ext_tmb)


i) Richard C Hoagland had been talking about the Face on Mars in an interview conducted somewhere towards the end of 1985,  for a book called "Planetary Mysteries" (published 1 Mar 1986) (https://books.google.co.uk) edited by Richard Grossinger and a shortened form of the interview was published in the July 1986 of The Sun Magazine  (https://www.thesunmagazine.org/issues/128/the-face-on-mars) 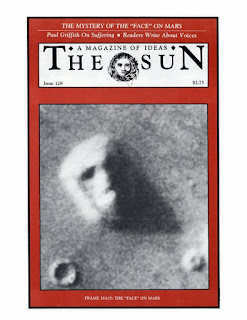 j) Richard C. Hoagland became a proponent of the idea of the "Face on Mars" actually being a face, and released a book in 1987,  "The Monuments of Mars: A City on the Edge of Forever" 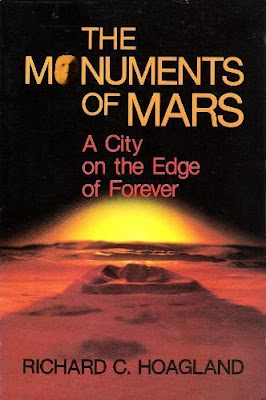 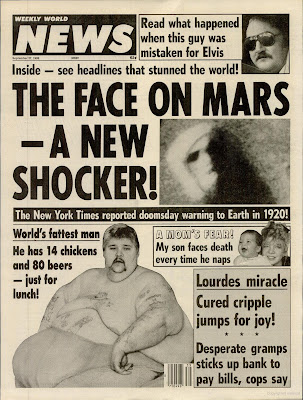 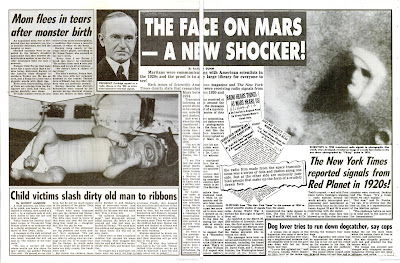 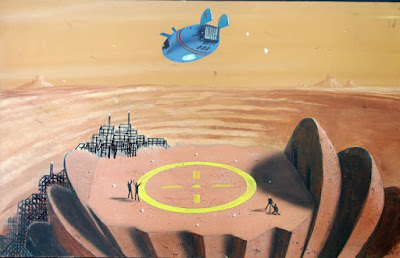 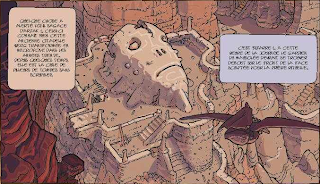 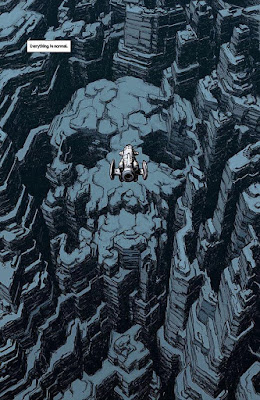