13th of May, 2016, after realising that Giger may have taken several of the Tomita record album covers as a starting point, I looked at Kosmos and suddenly thought about Trumpets of Jericho with the several trumpets sticking out of the top of the head and how they may have been inspired by the laser beams reaching out from the mask to the letters of the word Kosmos. Meanwhile the human in the crucified pose on the right with a trail of after images above it started off the ideas for the ribbing on the side in Giger's painting, and the lower tentacles in the poster became thickened out. Tomita's Kosmos was released in 1978 while Trumpets of Jericho was started in 1983 and was finished 1987 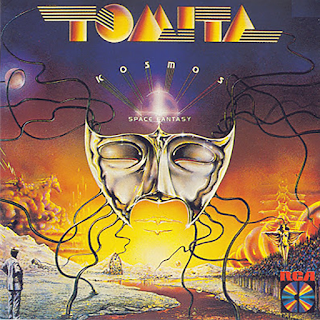 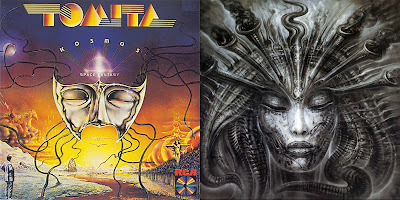