a) Metal Hurlant epiphany returning from Dordogne
In 1976, Ridley and Ivor were down in the Dordogne in Sarlat in France, have a recce for the Duellists production.
At the station in Brive where he and Ridley caught the fast train to Paris for their return from a trip there for The Duellists, Ivor picked up a copy of Metal Hurlant from the news stand  .

While they sat on the train opposite each other going back to Paris, Ridley finally took notice of the magazine, he might have even said "Let's have a look at that" and picked it up .
Inside was Dan O'Bannon's comic book story illustrated by Moebius called The Long Tomorrow which would later become an inspiration for Ridley's look for Blade Runner.
The images from the magazine hooked Ridley,  so he would examine the illustrations carefully and enjoy them.

It was like an epiphany and from this he figured that he knew what to do with science fiction. 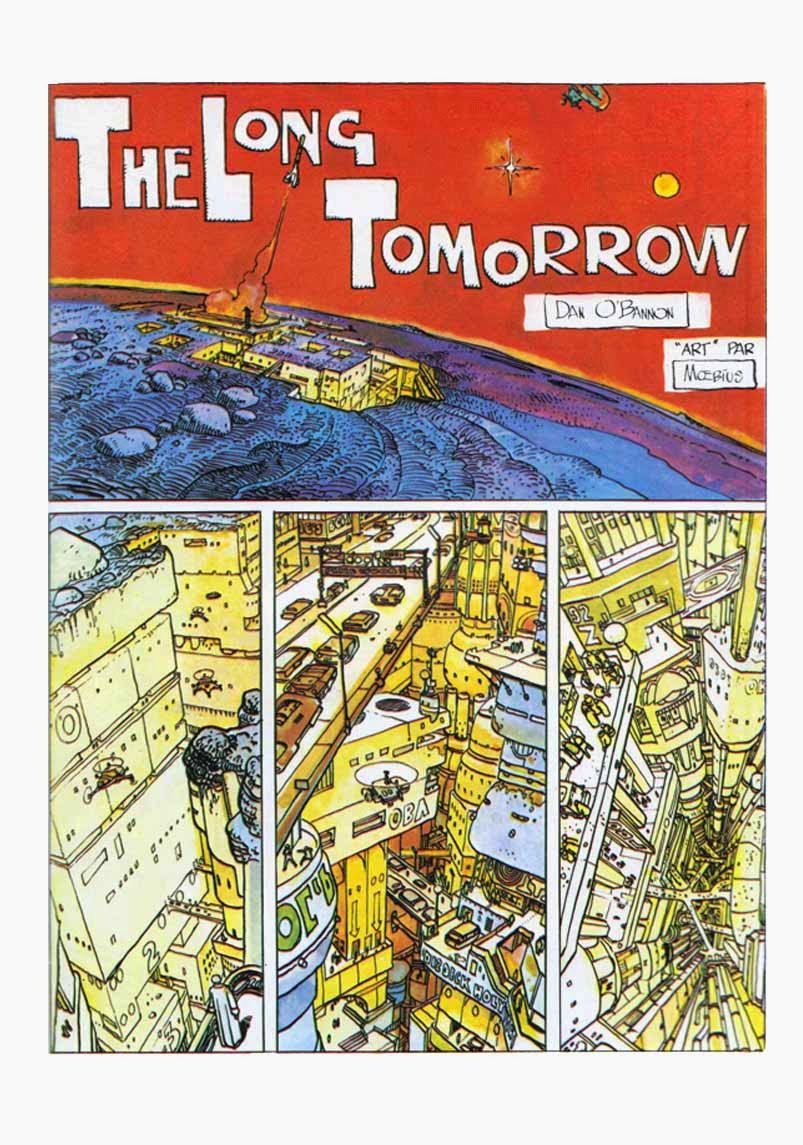 Time went by and Ridley Scott had just done The Duellists and got it out into the public.

It didn't actually do that well but people loved it. Seven prints of it were made.

Ridley loved the experience of doing The Duellists with David Puttnam, and then started talking about perpetuating this place, Dordogne in France with another piece of history.

He thought it would have been a good idea to put his head on the chopping block again and make Tristam And Iseult.

While Scott was in LA to show the Duellists in the summer, Puttnam said to him "Why don't we go see this new film? I can get two tickets, do you want to go? I think you should go. I understand it's pretty good."

And so they trooped down to perhaps the Egyptian Theatre or was it the Mann's Chinese Theatre to see the Science fiction movie, Star Wars, and this was the first piece of science fiction since 2001: A Space Odyssey for Ridley.  (Star Wars opened on 25th of May in 1977 in the USA and wouldn't reach the British screens until December 27th)

They went to an afternoon performance at 2:00pm, and Ridley was eight rows from the front with David Putnam.

Ridley never saw or felt audience participation like that, in my life. The theater was shaking. When that Star Destroyer came in at the beginning, Ridley thought, "I can’t possibly do Tristan and Isolde, I have to find something else. "

By the time the movie was finished, it was so stunning that it made Ridley miserable and this would the highest compliment he could give it; he was miserable for week.

He hadn’t met George Lucas at that point, but he thought, "Fu*k George".

What he saw when he watched the movie was that George made a fairy tale story, with a princess, the young prince, and the cynical Harrison Ford playing Han Solo.

To him, it was an absolutely perfect rendition of a great comic serial.

It impressed him so much, he found it innovative, sensitive, courageous and he saw it over three consecutive days and for him it didn't diminish at all.

He would consider it a milestone film and one of the ten best films he very saw.

He was stuck by how Lucas took was was essentially a fairy tale and made it seem totally real, and so Ridley was convinced that there was a great future in science fiction

It made Ridley sit up,  think about his "Tristam And Iseult" which was being developed as a fantasy period piece wasn't going very far.

He then thought "My god, what am I doing this for? Here's this guy and I'm thinking of doing Tristan And Iseult? I must be out of my mind. I'm never going to get an audience like this – his is what cinema is about. Cinema is about taking people on an adventure for two and a half hours where they are entirely taken into that world.  "

With this, the development of Tristan and Iseult was discontinued. 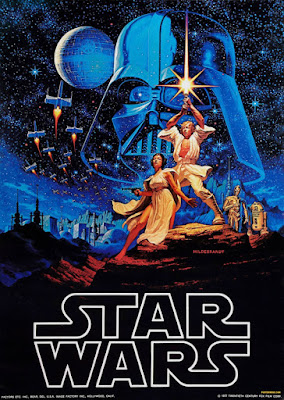