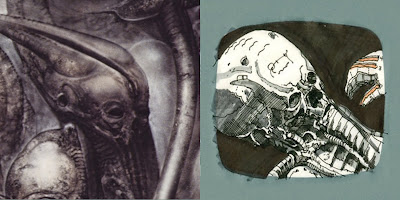 Leading from
HR Giger's "National Park"
and
Alien: Early storyboard of
the closeup of the Space jockey head (1978)

by Ridley Scott for Alien 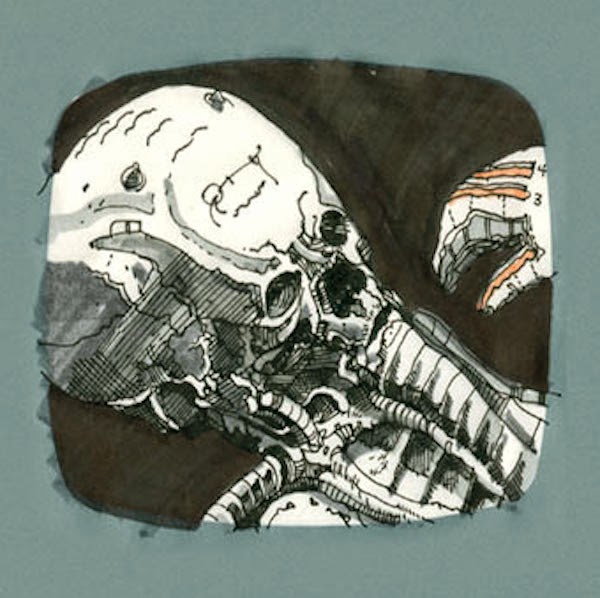 b) An early concept that Ridley Scott had in his storyboards for the head of the space jockey appeared to be basically two strange biomechanoid heads from Giger's painting Jurassic Park merged together, as he did with the head for his early version of the egg silo.

c) One the remains of a rotting head with tentacles in place of its mouth and a large spine formation coming out of the back of its skull but with a slit rinning along it.

He sealed up the skull but kept the thickness of it along with its eye sockets and the placement of its ear holes along with pipes running along the shoulder and down the front , along with ribbing between the latter pipe and the pipe coming out of the mouth

d) He replaced the tentacles with a single large breathing pipe with smaller ones at the side coming out from its mouth. The way the large pipe extends from the mouth reflects another head detail on the lower right of the painting, and a small side pipe coming into the side of its jaw in the Ridleygram also emanate from this image. Perhaps he has also used the nasal cavity removing any signs of cartillage.