a) Shaft Dreams
Architecture at HR Giger's childhood home led to dreams. The "shaft pictures" that he began to draw in 1966 had their origins in his nightmares from the time when he was sleeping badly. In the stairwell of his parents' house in Chur was a secret window, which gave onto the interior of the Three Kings Hotel next door and was always covered with a dingy brown curtain. In his dreams, this window was open and he saw gigantic bottomless shafts, bathed in a pale yellow light. On the walls were treacherous wooden stairways without banisters than led down into a yawning abyss. Since he took to drawing these imaginary chasms, the window of his dreams had remained firmly and definitely shut. 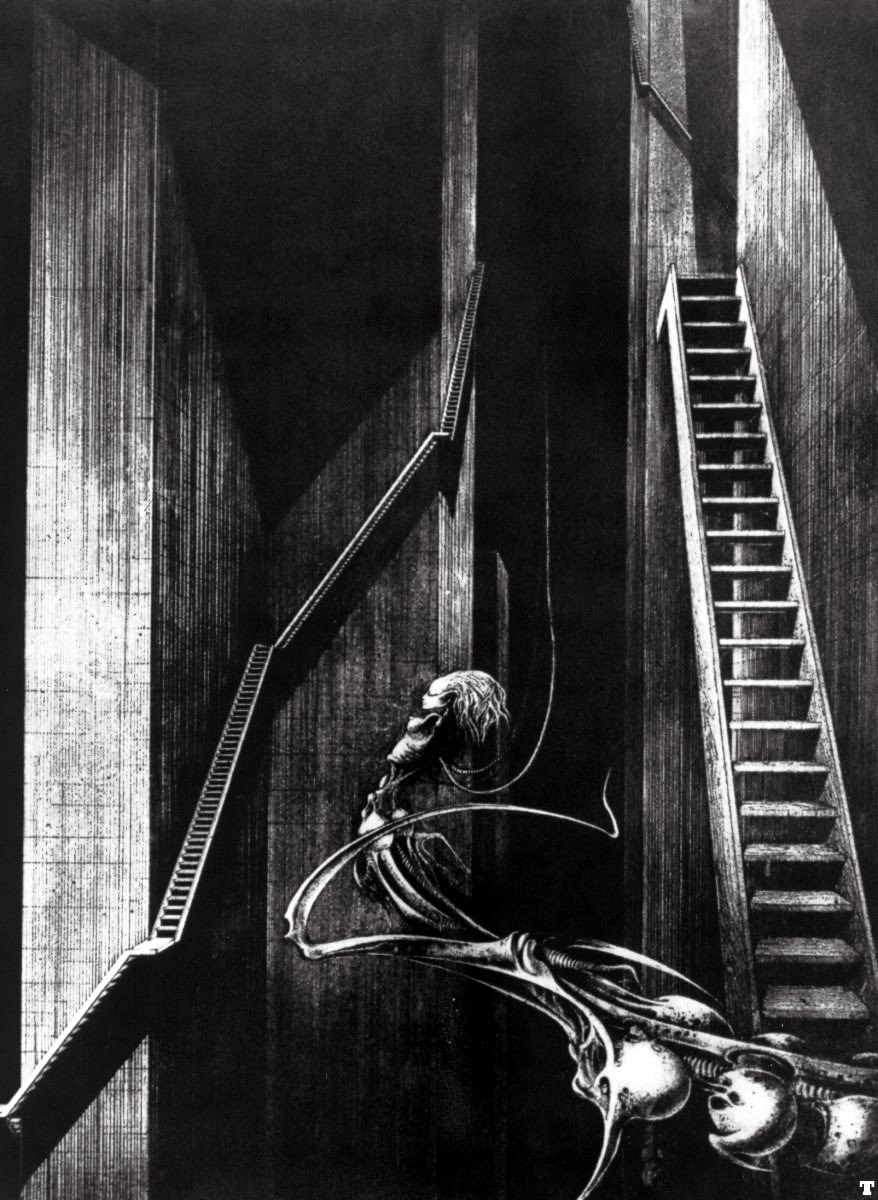 b) Cellar Dreams
Another place led to another set of dreams, Giger's family home's cellar that was approached by an old and musty spiral staircase, it led into a vaulted corridor. The hotel proprieter told him that there were two subterranean passages in Chur which led from the Bishop's palace down through the Reberg and beneath the town. Pert of one of the passages form the cellar of his Giger's home. The exit of the cellar of the hotel on the Riechspassage had previously been open and anyone who dared could descend for quite a way. Sometime previously however, it had been walled up as there was danger from subsidence. Giger only saw the locked door which inspired in him the most sinister images. In his dreams, these passages were open and led into a monstrous labyrinth where all kinds of dangers lay ahead of him. Almost every dream led Giger down the winding staircase into this magic world of the imagination

c) Descriptions of drawings
In those dream inspired drawings, he showed a table with limbless human bodies around a table with their legs replaced by draws extending from a table

Shaft No. 3 showed Leg bones extending from the water below and the hip joints transforming into crouched figures . 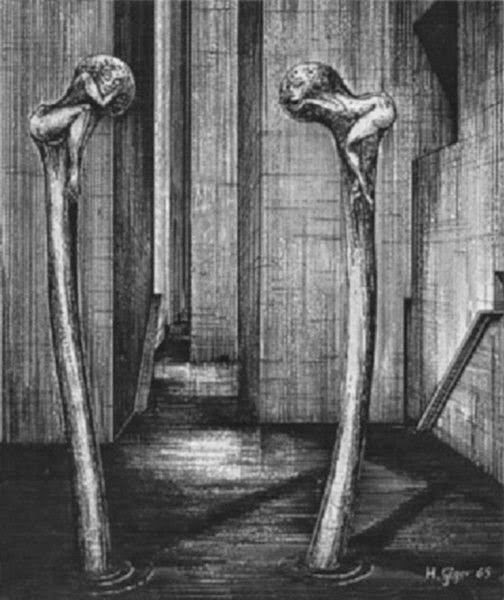 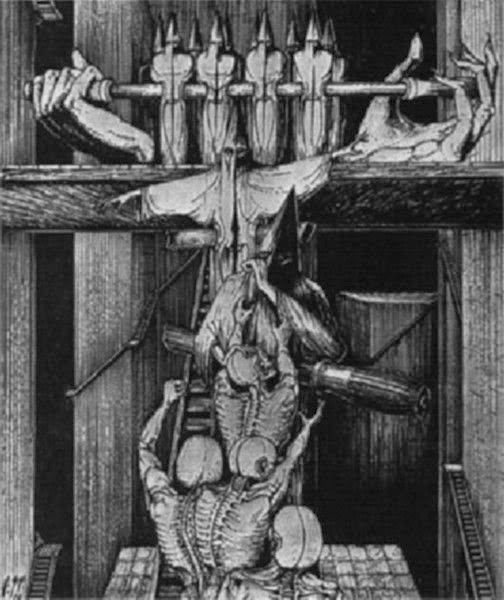