Leading from
physicality of the humanoid Alien creature 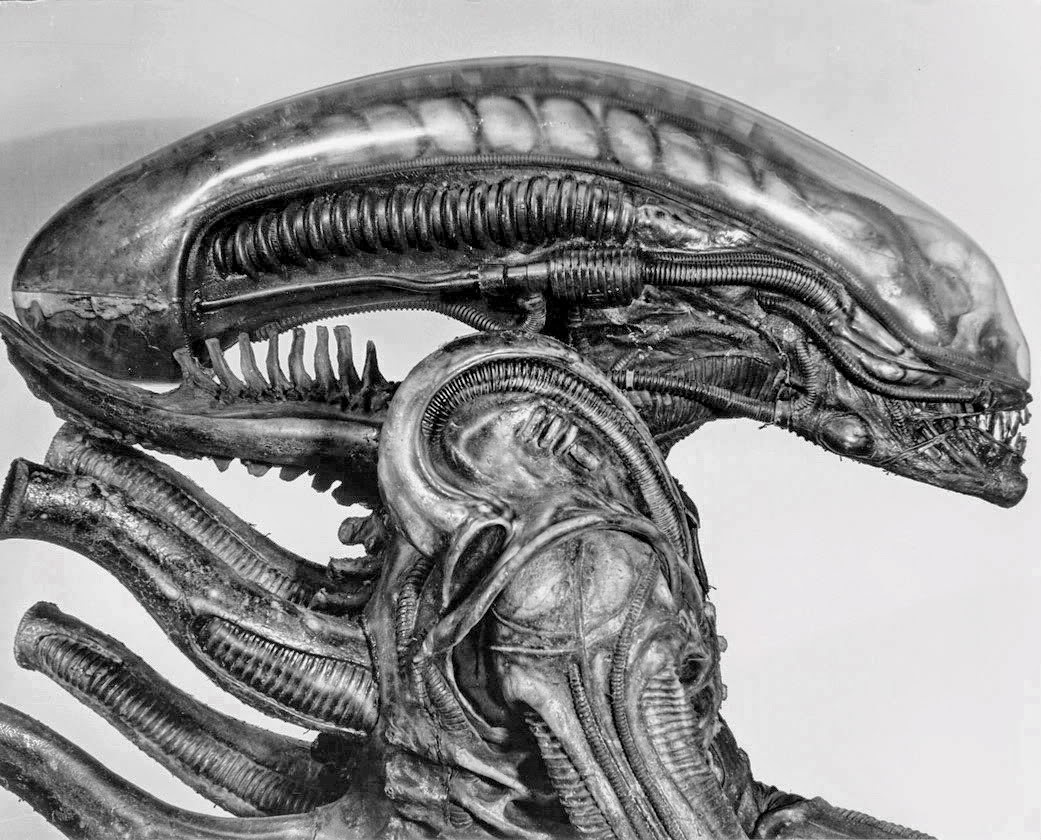 Giger's first design for the alien had large slanted black eyes that resembled motocyclist goggle.
They came to a decision that while the monster had no eyes, it could see find exactly what it wanted.
This meant that somehow the translucent shell upon the head somehow served as the creature's eye.
There wasn't an exact answer as to whether it could actually see or not with this as an eye or whether it could just as it were sense like an insect, Ridley didn't have the answer (See: "No, no eyes")

b) The Brain area
Ridley also would imagine the transparent dome of head as a gelatinous mass, a sort of thick aspect jelly and it is all brain.
He thought about how the head in a way was almost like a horse's head but if it was touched, it would be soft like a firm jellyfish and this would be its brain.