leading from
Alien: The Spores
and

a) Change from vaginal opening to cross opening
Originally Giger was to create his alien spores with a single vagina like opening and they would have been placed on a floor and that appeared to be slimy and full of worms. Soon the egg's opening had a cross shaped vagina slit to make it easier for the film viewers in Catholic countries to tolerate and when seen from above, Giger noted that the opening of the egg looked like a starfish. When it opened up, it opened like a flower and the petals when fully opened had a general starshape. He turned the carpet of worms into a numerous tentacles stemming from the base of the egg as if they were octopus tentacles which he was later able to acknowledge were for keeping the spore upright

b) Comparison to Lovecraft aliens
This was made at a period in time when Giger had an interest in Lovecraft's work and he shared this interest with Dan O'Bannon who wrote the script for Alien. Although he made no mention of Lovecraft in relation to the spore design and the only comparison he made was to an octopus which is fairly reasonable, however if one thought about the starfish shaped heads of the Old Ones with their pod shaped bodies and their lower tier of tentacles containing the pseudofeet, stemming from the base of the pod often depicted as tentacles I would ask if Giger had a general impression of Lovecraft's Old Ones in mind once he saw where the design was going? 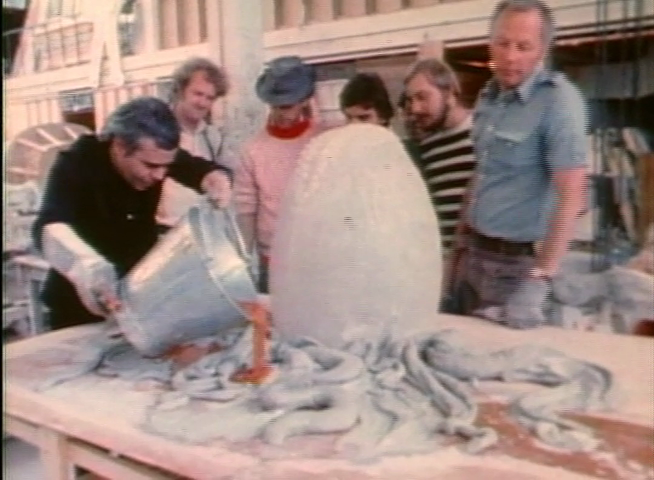 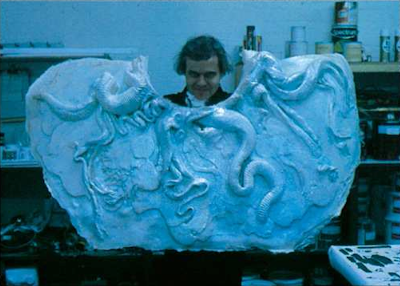 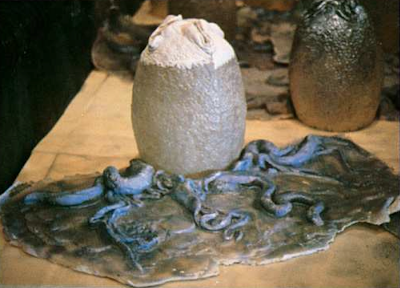 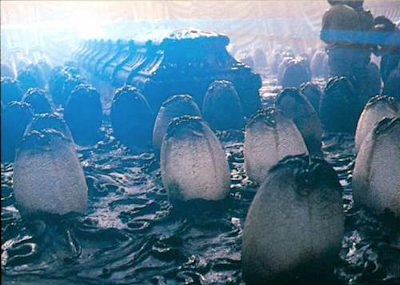