Alien: Plans for The Tomita Planets as a soundtrack

leading from
The Tomita Planets


1) Introduction to Tomita
Ridley Scott had been introduced to the music of Isao Tomita by his film editor Terry Rawlings who was fiddling around with the music as a temp score, and so wanted to use the music from his album The Planets, which was basically Tomita's electronic interpretation of Holst's Planets suite which was released in 1976.  Dan O'Bannon was also very interested in the music and so he and Ridley pushed to get Tomita's music used, but it didn't lead anywhere since Ridley was talked out of it for various reasons and indeed Tomita wasn't very well known to Fox Studios. Certainly his music hadn't been used in movies by then.

2) Ridley powerfully inspired
Ridley thought that the music was so outrageous and powerful that it brought him to feel that "Mars The Bringer of War" said all that there was to say about what the alien was. He would imagine many of them them with the capability of getting about. 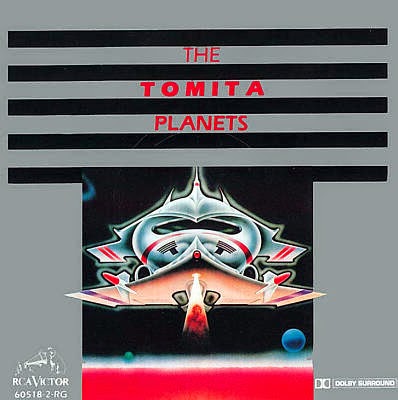