a) Triumph of the Sphinx
Christian De Boeck, expert in the Fantastic Arts (See http://innervision.tripod.com/fantastic_art_centre.htm) posted Ernst Fuchs' Triumph of the Sphinx on his Facebook page on September 10th 2015 and amazed I took immediate notice of this paint, before suddenly realising that there must be something in it that ought to have interesting Giger with his biomechanising antics.

Ernst Fuchs painted "Triumph of the Sphinx" which also appeared in Ernst Fuchs' book "Architectura Caelestis".  It shows a veiled female sphinx, her hand placed above the upper part of one face upon another but whole face. In the space behind her own head with braided hair bulging backwards, and the wings is another head of a male which might give half an impression of a continuous elongated head until one looks even closer. There are various forms in the painting that one might have a hard time labeling without highlighting them or breaking the image into small sections and then labeling each one.


b) Wings / Tail pipes
The stylised wings appear to be made up from a series of flowing curving tubes, and perhaps Giger drew inspiration from this for the back tubes for his Necronom IV, which he also saw as possibly wings when he converted that to the design for his Alien monster and then again the way that Giger did them made them conform to Egyptian Wadjet/Eye of Horus eyebrows 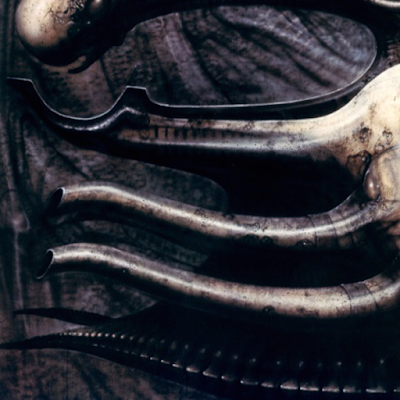 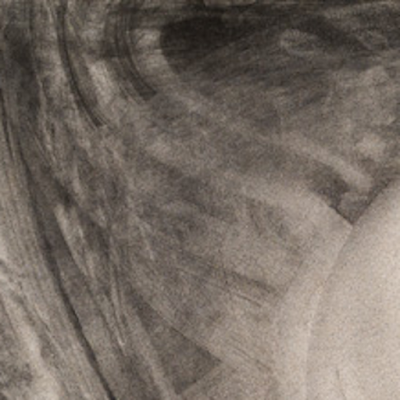 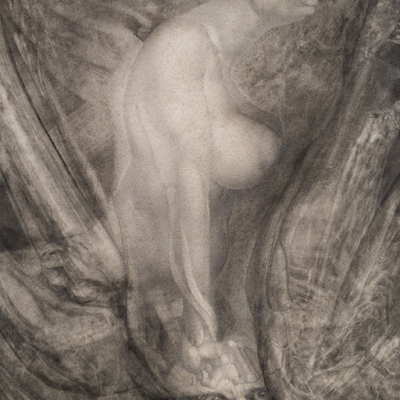 d) Sphinx Breast/ Necronom's eyes below the shoulder
Another thing to notice are these strange insect eye like shapes below the shoulder in Necronom IV, and I do acknowledge that below the in Triumph of the Sphinx, there are heads with eyes merged into one another below the hand, and then I also wonder if the eye on the right along with the part below that might be the beginning of the ribcage might be transformed impression of the Sphinx's breast 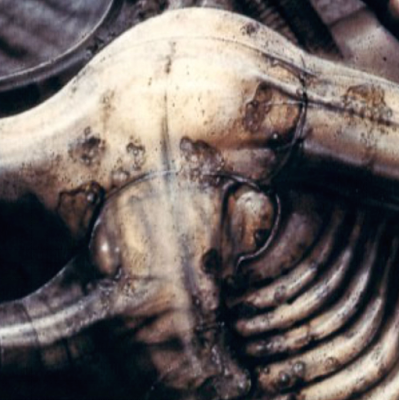 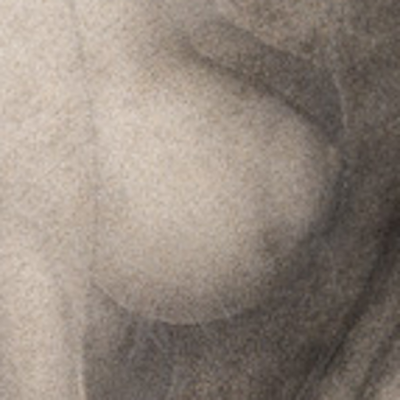 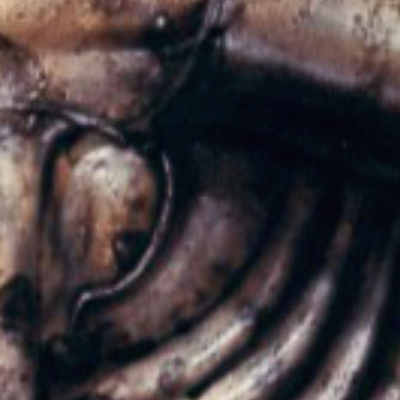 e) Tail connection
Triumph of the Sphinx has a rounded duck bill like form at the bottom and the bill of this thing I think Giger reversed and used it to connect the tail to the rib cage. 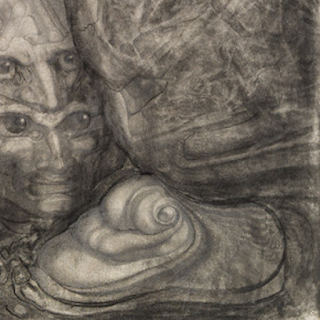 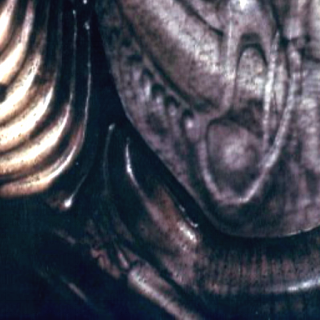 f) Faces in Triumph of the Sphinx and the face of the Necronom
General details from two merge humanoid faces that appear to have features almost segmented, Giger turns the faces to their side and begins to feed the details into the side of the front part of the side of the profile view of the head of Necronom IV.

The corner of the jaw bones inspires the corner of the Necronom's jaw bone and beyond that where it stretched off into abstract trailing wing like impressions turn into the lower pipes. Where the canopy across the Necronom's head meets the eyes with a rough and uneven edge with at least one crack are roughly inspired by the forms of the claws of the sphinx as the cover the forehead of the top head almost resembling weather stains.

The creases in side of the veil dropped over the top face, inspire the forms of the side pipes the stretching backwards, and the veil perhaps merges with the idea of the featureless dome stretching across. 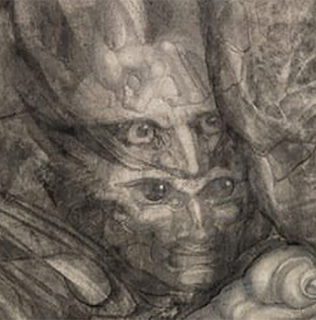 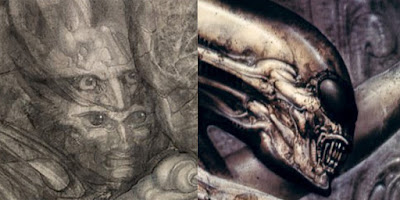 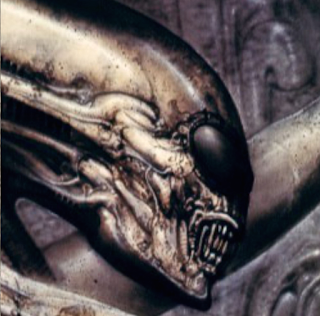