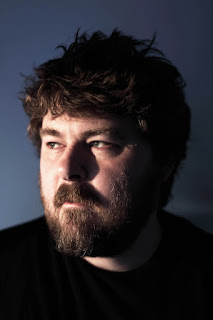 a) Introduction to Blade Runner
When Blade Runner cam out in the cinema, Ben Wheatley was about ten years old and too young to see the movie in the cinema but he was very aware of it. The first time he came into contact with it was in its Marvel comic form. It was a brilliant adaptation, and so for him it was the only real concept he had of it for a long time. Then he read the Philip K Dick book and would get into the film quite late on.

b) Watching Blade Runner
Ben watched Blade Runner many times, saw it in the cinema many times, bought it many times on different formats, he didn't think it was a film suited to VHS video tape because there was so much stuff in it, but watching it on blu-ray justified buying a big TV and a Blu-ray player. He also bought books about the making of the film and watched all the documentaries that he could get his hands on.

Why he liked it was that it was a film that transported him to somewhere else. It wasn't even about the story which was reasonably straight forwards for him, it was the texture of it, every frame , every grain of the film, and even every pixel on the Blu-ray holds information. It's so densely packed, he could watch it again and again and see different things in it all the time. Although there were several versions to be found on blu-ray, of the two main versions, the modern version where they cleaned it up and took away the voice over was the one that was better for him, and he had never really experienced the voiceover version on anything other than VHS

An example of something that caught his mind was the initial scene where Deckard takes a ride in a spinner, Ben appreciated how that apart from it all looking beautiful in the way that the lighting works,  the great thing about this short is that Harrison Ford looks so bored about being in the future, which subsequently made it feel much more real than it otherwise would. As if he was seeing something that for us is incredible, but for him it;s an everyday experience

c) His analysis
For Ben it seemed as if it was a certain period for Ridley Scott with Alien and all his adverts around that point, and it's just never dated.  He would think of the film as British because it was the culmination of 10 years of ad-making in the UK. He recalled that Ridley had filmed over a thousand ads during the 1970s. Ben had seen a lot of key ads but not all of them, and he wanted to see what he was producing prior to those films, and he found that really really fascinating, not just because he shot adverts. He thought that Ridley was obviously projecting a future 1970s himself, a glamorous version that never really existed, tapped into that nostalgia for a 70s, which resulted in optimistic, nostalgic messages about Britain, exemplified by Scott’s famous Hovis ad.

Something like The Black Hole made around the same period to him years later would look like something from the 1940s in comparison to Blade Runner, and if Blade Runner could be made today, it wouldn't look any different. Blade Runner would become the definitive image of what the future is going to look like and in that way it seemd to ruin Sci-fi since everything would become Blade-Runnery, and half way through the second decade in the 21st century, it would be either that or looked as if it had been designed by Apple. For, Ben, Blade Runner would go as a pair with Alien.