Giler saw the movie and liked it.

John Fasano got a call from from Walter Hill telling him that Joe Roth was on the line and he wanted to talk to him.

Joe came through and said "You wanna write Alien 3? We need a script in like two weeks"

b) John Fasano's opinion asked
Later they were talking to the script writer John Fasano, and Walter Hill said to him " The new craze is bringing in these guys from Australia"

So he was talking about two film makers,  Philip Noyce who made Dead Calm (although later Fasano thought it was George Miller in Australia who directed the Mad Max trilogy and also produced Dead Calm) and there was Vincent Ward from New Zealand who made The Navigator.

"Who would you hire as the director?" asked Walter.

Fasano really didn't know who they were talking about but he recalled that he read the review for The Navigator.

It seemed to be about a monk in New Zealand in the 1400s who would go into a cave and come out in the modern day world of 1990.

This led him to think that this director had a good sense of something, but little did he know that by then Giler and Hill had already approached Ward and hired him. 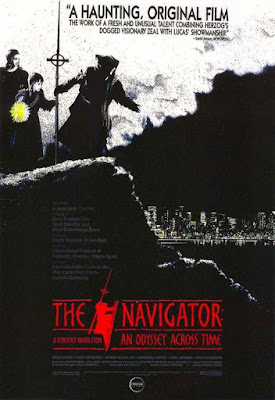 c)  Vincent Ward contacted
At the time Vincent Ward was working on "Map Of The Human Heart" with his co-writer Louis Nowra, and they were driving each other crazy

He was broke and had spent a lot of money on going to the Arctic and interviewing anthropologists and Dambuster bomber pilots.

He was living in a basement in Australia and the phone call came from Fox asking him to direct Alien, but he turned it down saying "I'm not that interested".

Still they were hounding him saying "Look, there’s a terrific opportunity".

They rang him back and said "We'll send you the script anyway."

He read it, it was David Twohy's script featuring a prison on an asteroid and again he said "no".

His agent who he shared with the likes of Ridley Scott told him in response to what he said to Fox "You're mad, you've got to do it"

Vincent replied "I hate the story they've got"

Fox rang him back perhaps a third time and said "You can change the script if you like."

Living in a basement was driving him crazy ,  so in the end he said "yes" just to get out and take a holiday in LA.