a) Shape shifting alterations
As Giger progressed across August 1990, his own idea was to make an Alien that is not as repulsive or bad.

In the creature's head, it has a kind of finger brain that would move in the way that wind would blow over reeds, and in addition, the creature has a collar underneath the neck that becomes as lethal as an ax.

It would suddenly open up in such a way that it will be pointed like a saw.

b) A Second Skin
Giger also tried to make a second skin with holes like those in a saxophone that would give off musical note sounds when the wind passes through and allow the Alien to communicate as how it felt would be expressed by sound.

He thought that all his changes and improvements would be used.

(When Alec Gillis found out about this, he thought that Giger had designed a head with valves like a saxophone, (although we can see such valves on its limbs in Giger's design, so that the Alien would be running its hands along the length of the head creating unearthly, horrific music which would have been a strange idea too far out anyway. If Gillis himself thought this, there might have been any number of strange ideas going through the studio's minds about Giger's idea that were not actually precise.)

He wanted to show the Alien in different ways because then you don't have to rely on shadows of the creature, but it couldn't be done.

He was also able to do away with the back pipes or tubes because he did that for the long skull that stood out horizontally if it stands.

If the alien is now like a beast, then the long head is just over the shoulders and needs nothing to as it were support it. 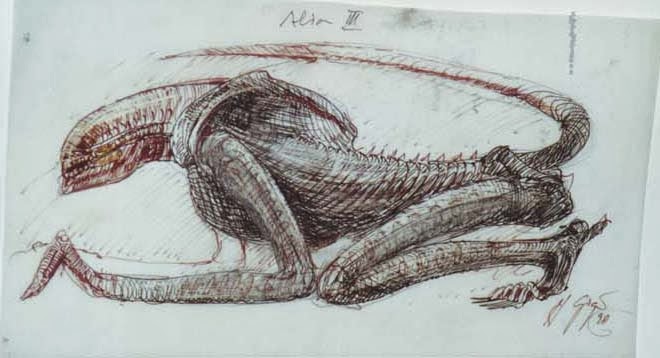 c) Looking for a direction to go
For Giger, the alien wasn't just a primary being that only eats people.

It is intelligent, tortures with refinement and plays with his victims.

However Giger didn't have a script and so did not know which direction the film would take.

He knew that Fincher wanted to return to the impact of the first Alien film in the alien creature could hardly be seen.

The absence of a clear view of the monster helped towards the strength of the movie.

In the first film, this was not what they had planned but despite the wonderful design of the monster, it was so poorly made that Ridley decided not to show it completely.


d) Basic intended changes
The original creature had a short chest and so Giger decided to make it longer, giving it long legs like a spider.

His new creature was more sensuous and seductive.

It's not at all monstrous and ugly.

The skull was left approximately the same, but the lips and chin on his new creature were better proportioned.

Giger didn't want the monster to resemble the monsters from the previous films, he wanted something different for each film and he proposed a different language of ideas here which David Fincher didn't accept.

e) Sword/Spear Tongue
The tongue of the original Alien creature, the mouth in the mouth, was an idea of Ridley Scott's inspired by the mouth of the creature in Giger's Necronom IV,  and an idea which Giger thought was ridiculous since it was just a tube with teeth in front was not really organic enough for him.

Now in his new design, when the mouth is closed, it looks very voluptuous, beautiful.

When it opens its jaws, it seems very suggestive,  he made a very elegant tongue like a sword or spear and the tongue pushes out.

f) The Kiss
He designed a kiss , there would be different kinds of kisses.

When Giger was brought on, he was still thinking on the level of the monk characters from Vincent Ward's Alien 3 script, there would be lots of monks and there would be a situation where they kissed the alien and then the lips comes close and then finally, "suck".

The monk's eyes would be seen to open a little bit followed by some blood running between the lips and then the creature pulls back the whole interior of the victim's cranium, the brains come out.

g)  The Kiss 2
Another monk with a bald head has pointed his lips for a kiss and the creature instead kissed him in the eyes with its long tongue, it just penetrates the head with greater velocity, snagging bits of brain. It was a horrible death in Giger's view, turning the creature from Beauty to the Beast. 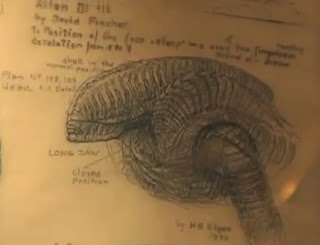 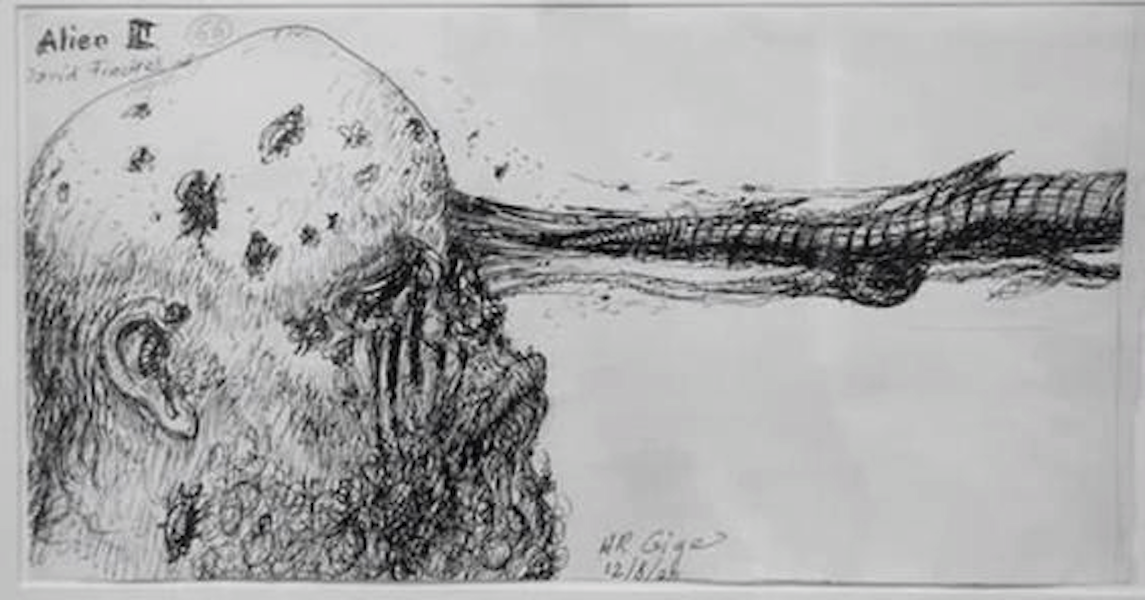 g) Finger blades
With Cornelius De Fries, Giger came up with the idea of sharp blades between between the fingers, which could shoot out, allowing the Alien to cut its victim and also be able to touch.

For Giger, this was keeping with the new doglike look of the beast which is very fast and devious. 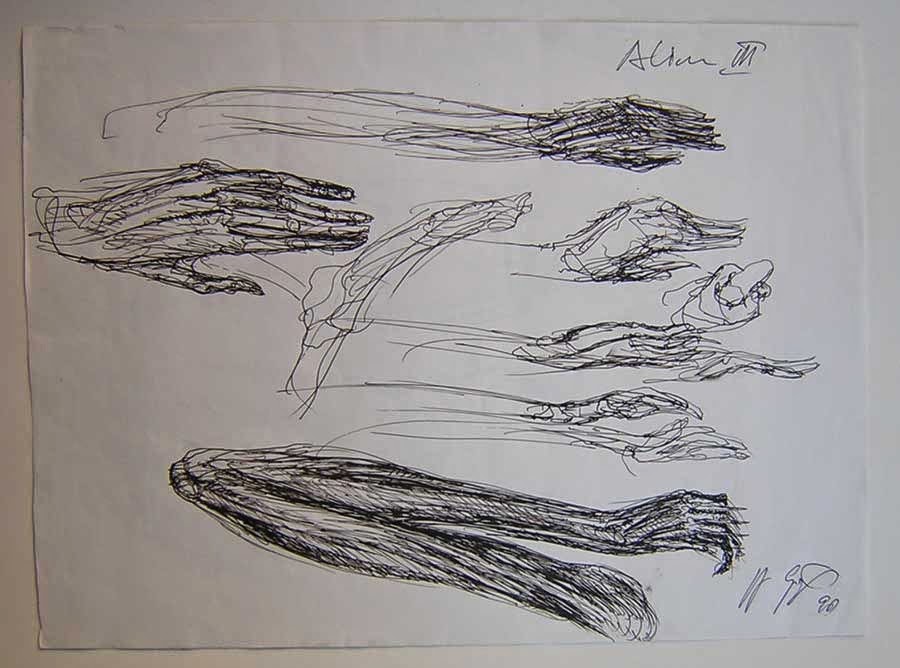 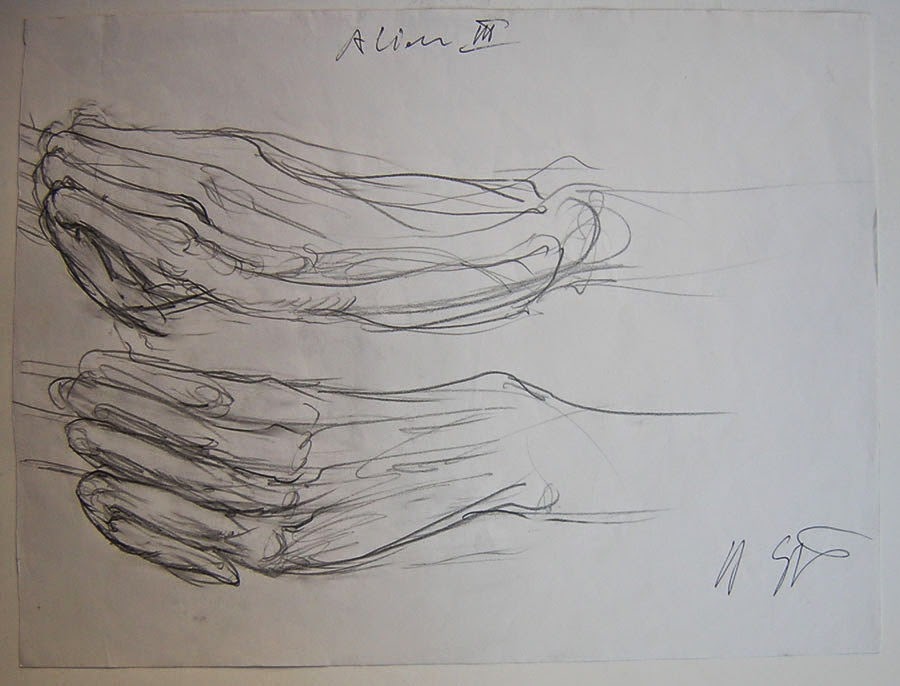 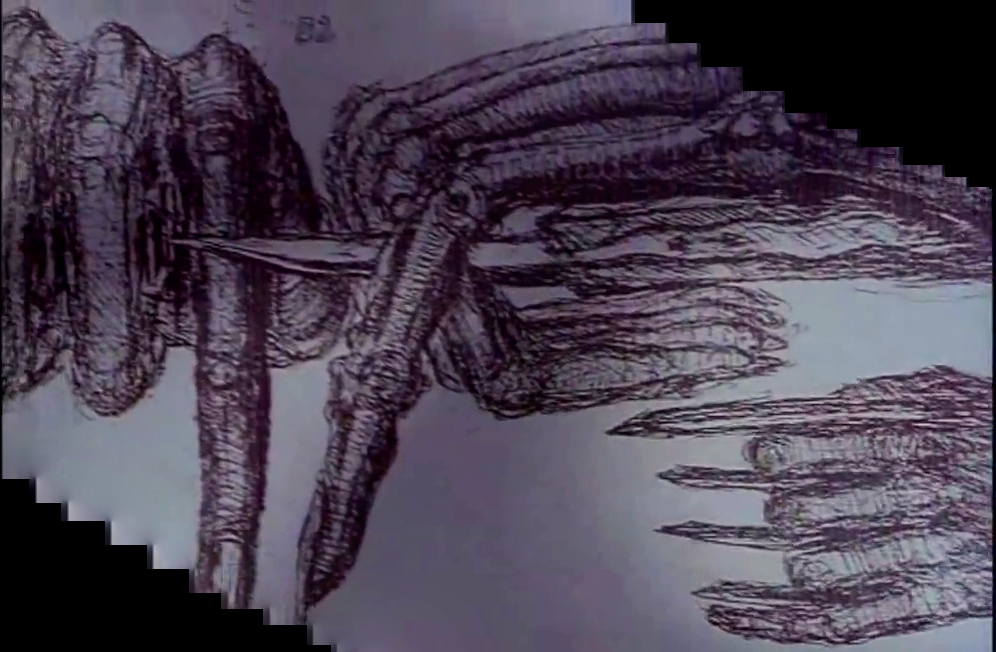 h) Final
As far as Giger was concerned, they kept some of his ideas but what was shown was very different from his first design 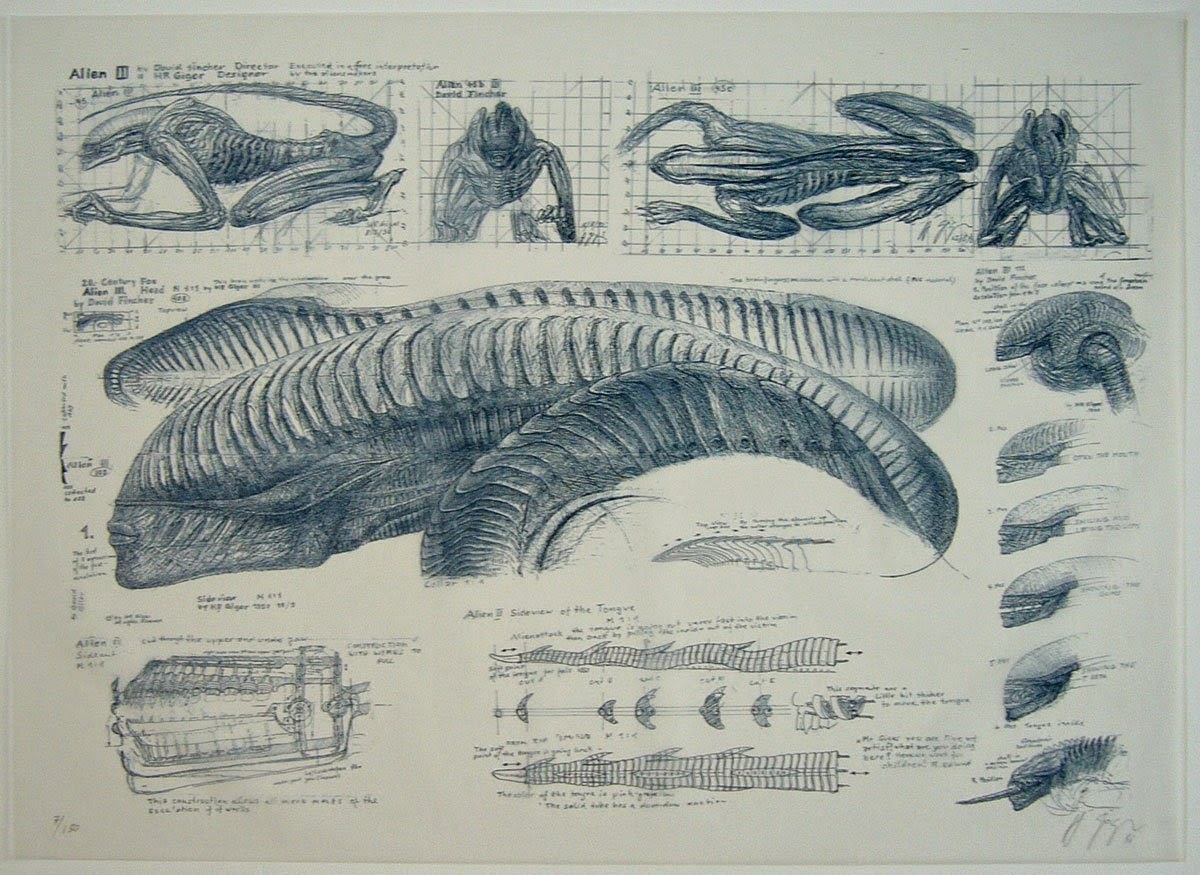