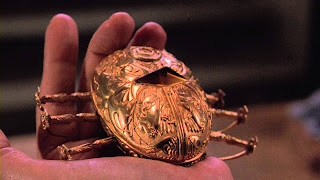 a) Developing the cronos device idea
When Guillermo del Toro first thought about the "Cronos device", he wanted an insect in a clock and it would be just like a clockwork machine.

First he imagined it as a clock with no hands, symbolically meaning that it was a clock that didn't tell the time but gave you the time and in this case, it made you eternal.

When they were designing the machine, del Toro was looking at some very old automatons from past centuries.

The ones he was looking at, he liked how they were very baroque and shaped in the form of an egg.

Some sculptures were circular and he thought about it as being an egg, then the legs came and it became a scarab. 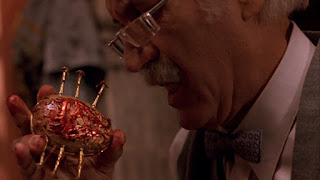 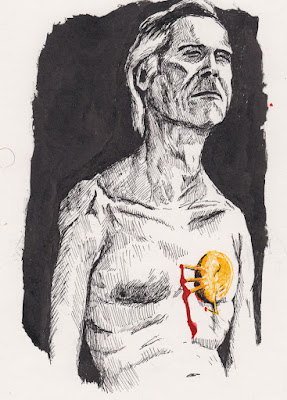 b) The Maquech
This also came from the fact that when he was a child, he witnessed a fad in Mexico called Living Jewelry.

Women would buy beetles and put a golden band around them and wear then like living jewelry on their chest. It was very strange and cruel as well.

However this appeared to be derived from the idea of living insect jewelry called Maquech, which were still to be found on sale in Mérida in Mexico continuing the ancient Mayan tradition