"Lost in Space" directed by Stephen Hopkins, and Alien a) Alien in the background
When Stephen Hopkins made Lost in Space released in 1989, Alien was another film along with Event Horizon that remained at the back of his mind as haunted house in space film alongside the the fairly recently released Event Horizon.

b) Jupiter 2 references Necronom IV?
The Jupiter 2 underwent a redesign to make it very streamlined. One might compare it to aspects of Necronom IV..

Beneath the back of the creature's skull there is part of the body that sticks out and potentially supports the end of the alien's skull should it droop with a downward curved indentation in its tip, and perhaps this oval space has been given three of these curved indentations around it but together have been turned into domes. 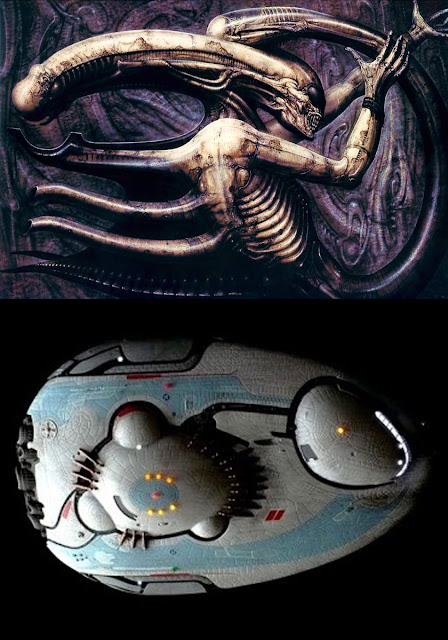