leading from
Tatopoulos concept work for Alien Vs Predator

a) Encountering Tatopoulos' Alien Queen
Patrick Tatopoulos' Alien Queen is shown hanging from chains inside the pyramid. This is the egg laying chamber and perhaps this is merged with thoughts about the filming of the scene in Alien where Brett is killed. The performer in the suit is hanging from ropes amidst the hanging chains as light comes down the shaft. Perhaps this Alien Queen with it's delta wing shaped crest and smaller wings near to the front of the head resembles a strange jet fighter suspended by chains in the air. sprouting all sorts of appendages. This is surely a merging of the London dungeon and an aircraft museum for prehistoric jetfighters from hell 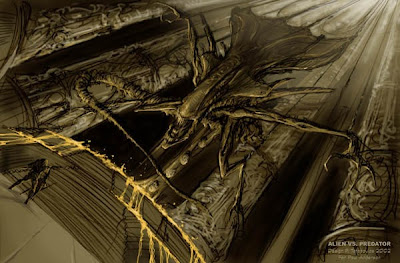 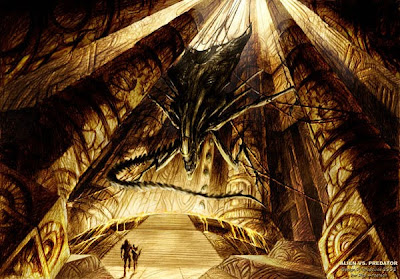 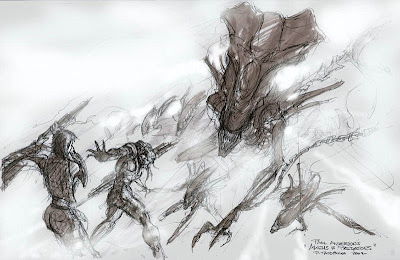 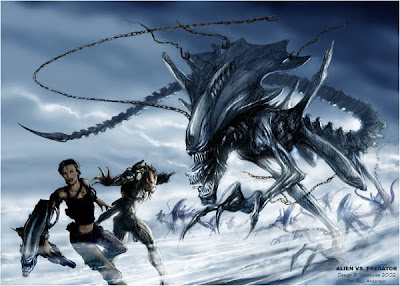