leading from
Jean Giraud / Moebius
and

The Face on Mars 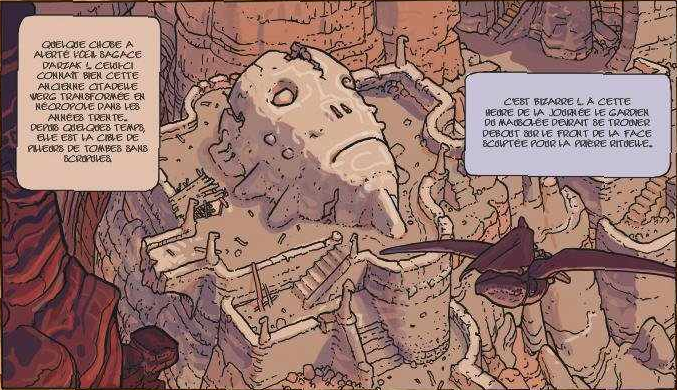 a) In Moebius return to the world of Arzak with "Arzak L'Arpenteur" released in 2010 . At the top of a citadel, Moebius draws a crumbling mask like face staring up into the sky which Arzach discovers is the remains of a graverobbed mausoleum..

b) This chinless face looking up to the sky from the top of a piece of architecture reflects the very much the idea of the face like structure in the Cydonia area of mars. The face had been first noticed in photographs taken by the Viking orbiter in 1976.  If the face on Mars is indeed a face, it is not completely like a human as we would know it, perhaps it displays simion qualities, maybe the two halves of the face are not supposed to be symmetrical and perhaps we are only seeing a severely damaged ruin if it is one. 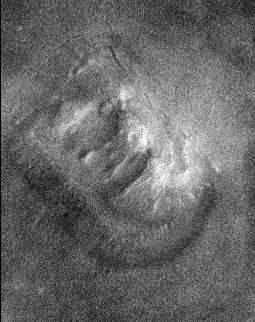