Prometheus: The "Space Jockey as a suit" question
and
Prometheus: Origins of Carlos Huantes babyhead

In 1996 which is the year that Ridley did claim to have the idea, the movie Independence Day was released which had the idea of extra terrestrials that were slightly Alien inspired which turned out to be organic suits (designed and created by Patrick Tatopoulos who later went onto design the pyramid and its interior and the Predator-Alien chestburster in Alien Vs Predator) with smaller extraterrestrials slightly resembling the idea of a Grey hidden inside.

b) See: The creature within 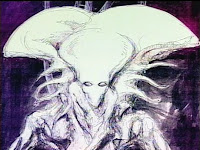 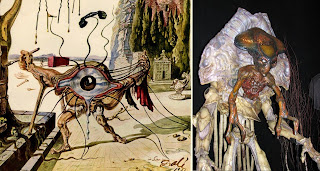 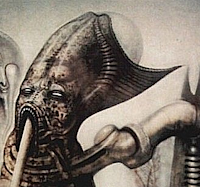 f) See: Exploration of early illustration for the biomechanoid suit by Patrick Tatopoulos 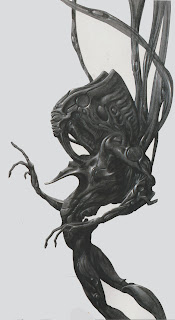