leading from
Carlos Huante
and
Prometheus: The Hammerpede 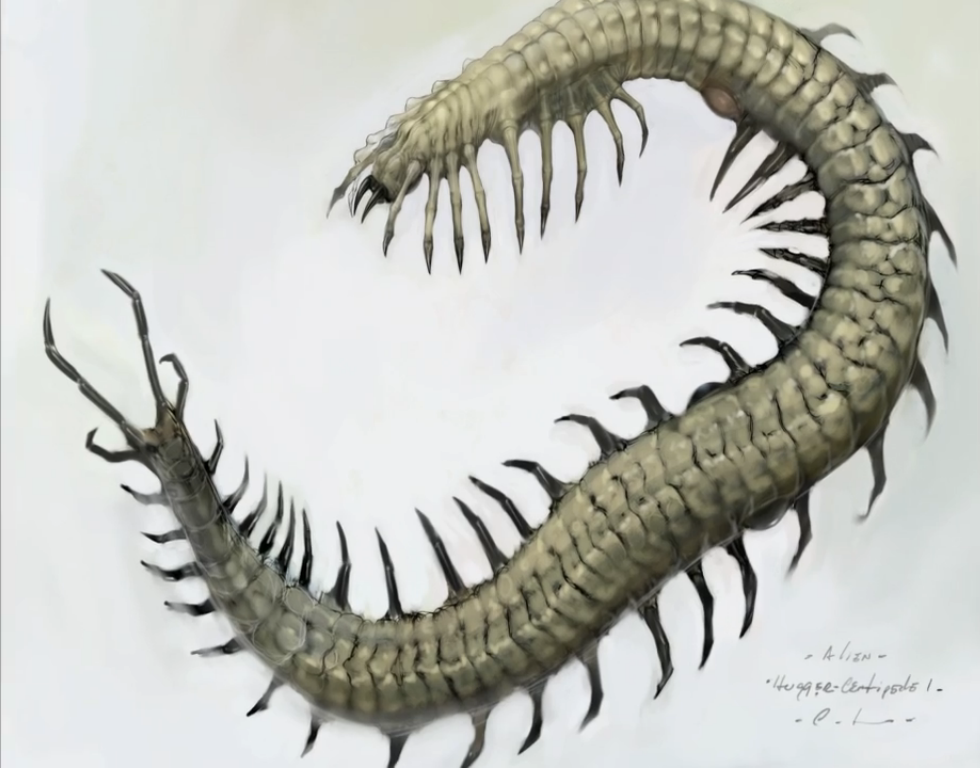 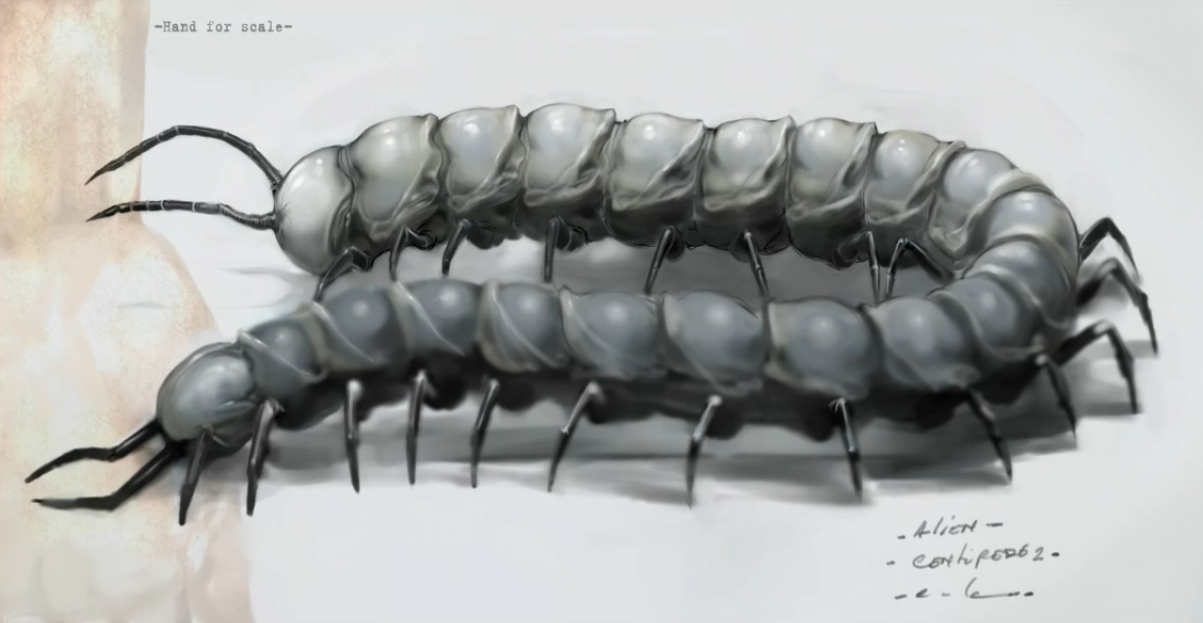 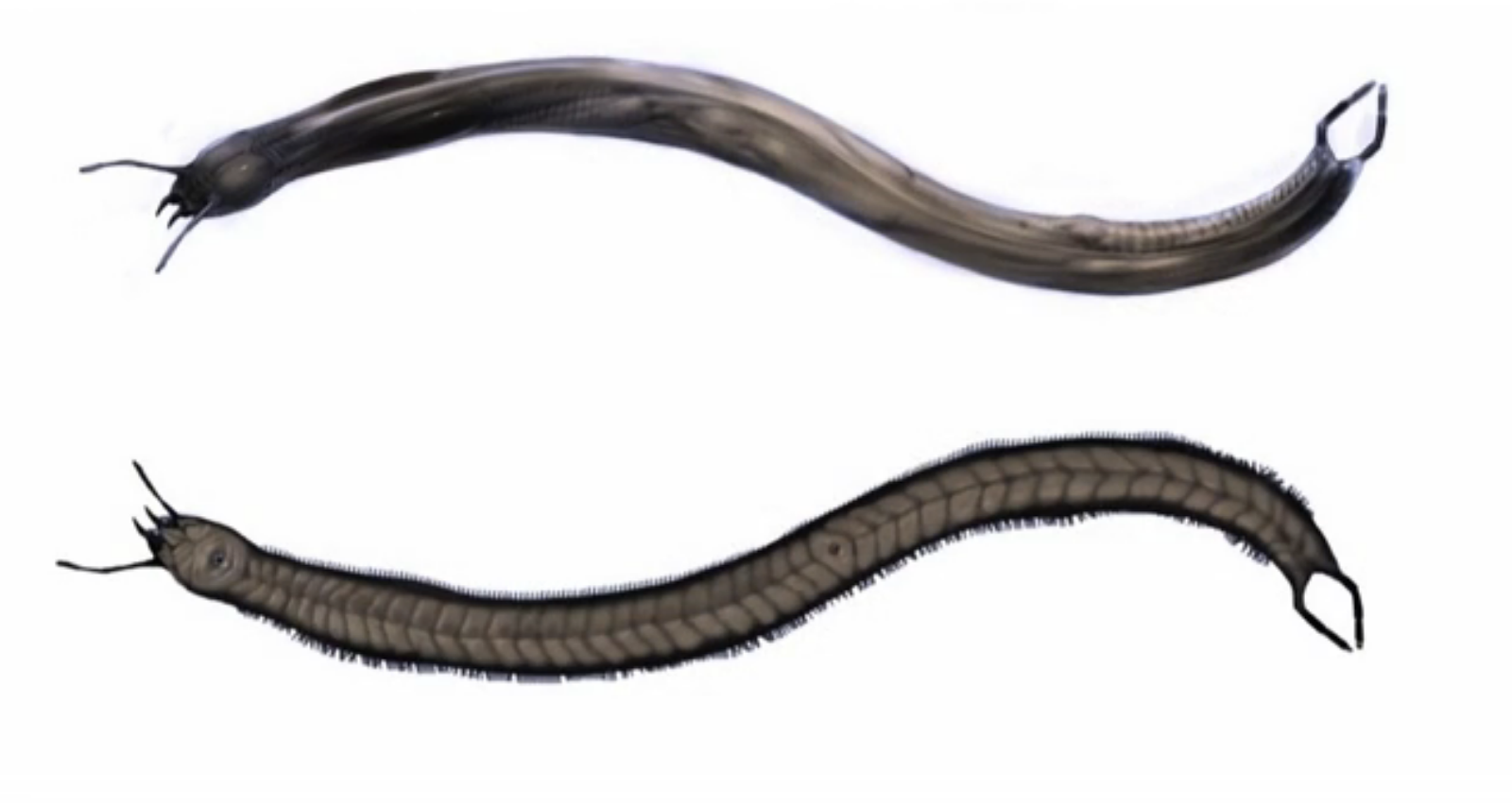 b)  Scarab attack on the helmet
He would explore the idea of the scarabs that swarm in, hit the face mask and when they are squished, they bleed acid and burn through the mask 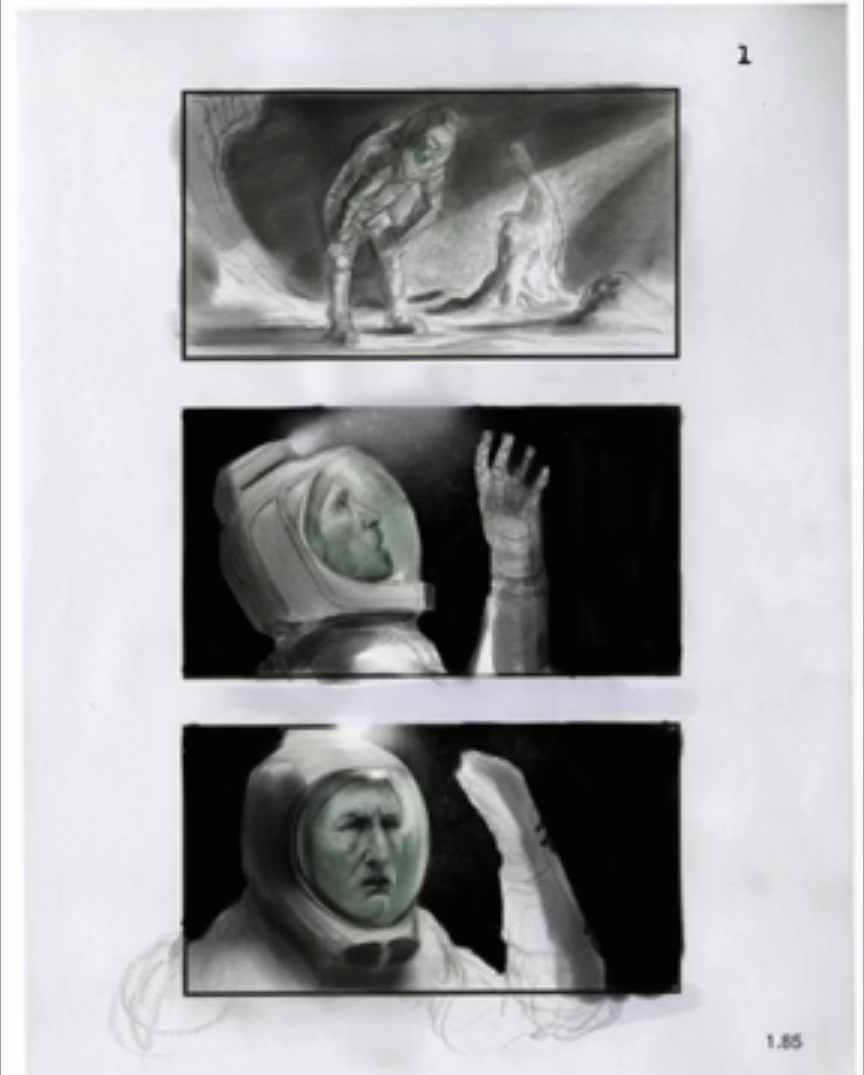 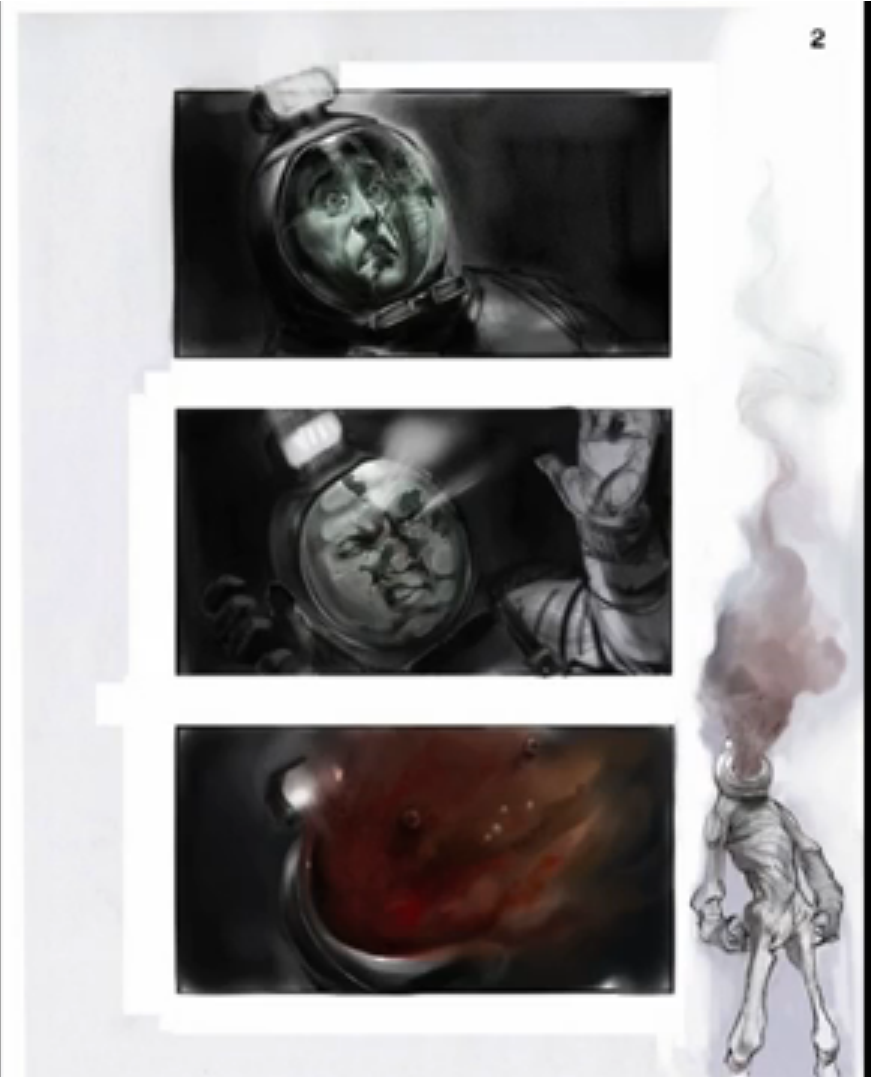 d Hammerpede attack
But in the final movie, Ridley would transform the idea into an attack by worms transformed by the black goo into creatures known as Hammerpedes 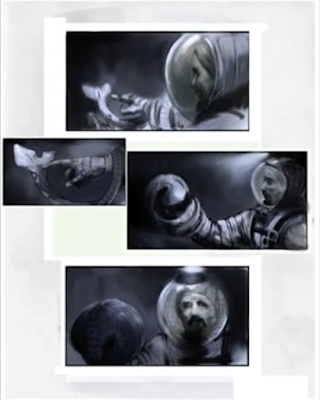 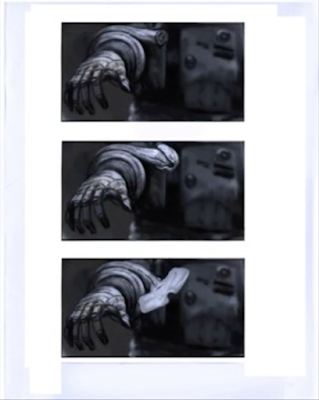 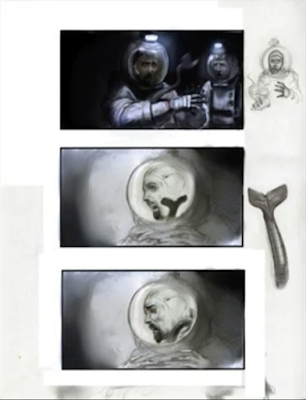 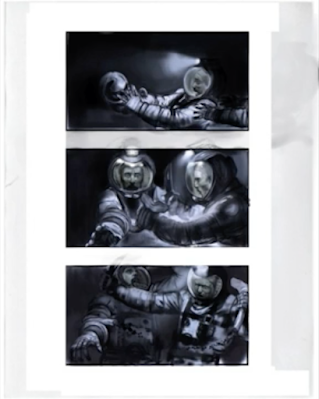 e)  Birth of the Babyhead
Carlos explored the idea that this human's impregnation by the small alien creature leads to an entity referred to as Belugahead and Babyhead shown in his early storyboard and another version of the transformation displays a humanoid with a male member with testicles growing out of the back of the head that seemed to show up in the head of a Carlos' version of an alien humanoid. 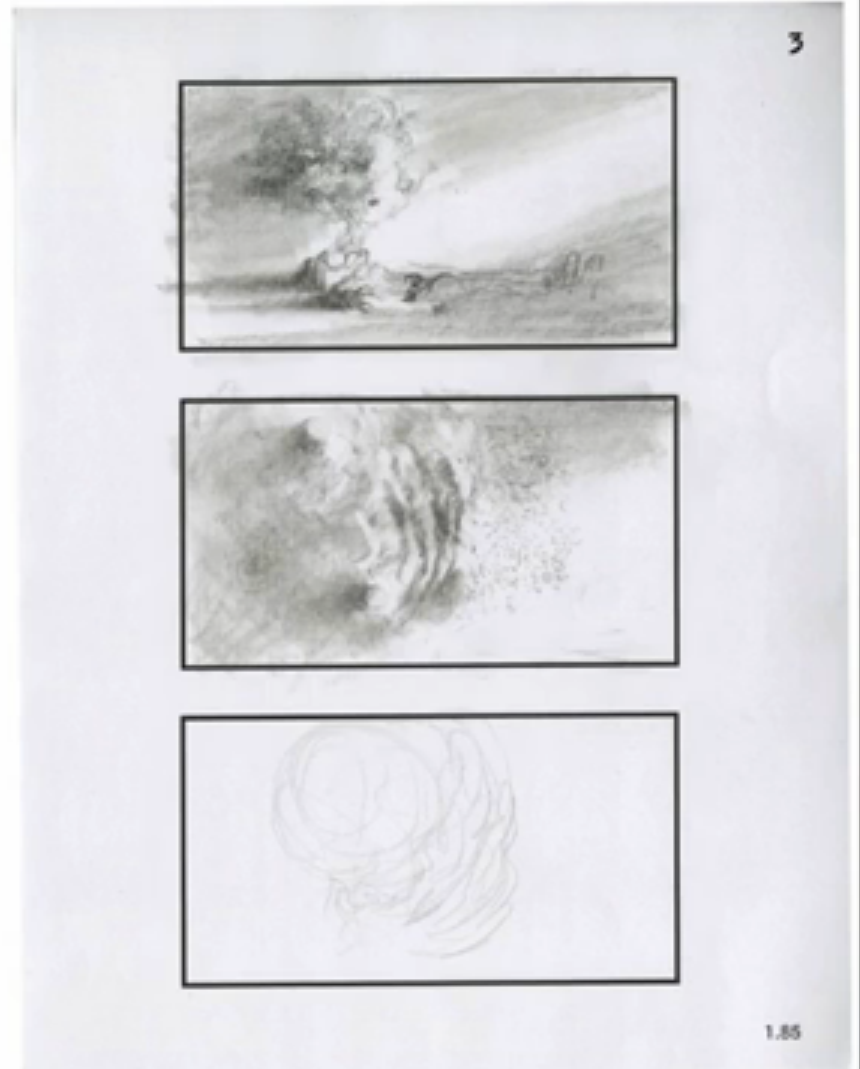