Leading from
Prometheus: The Space Jockey / The Engineers
1) The Original Space Jockey's telescope view from Alien.

The face of the telescope viewing device of the space jockey chair in Alien was not seen. The photographs shown of it were not entirely clear, showing at least one clear circular viewing device, but in Giger's Alien Diary published in 2013, photos clearly showed two medium sized circular shapes running up the centre with two smaller circles either side and at least one smaller circle above.

Ben Procter was required to recreate the original Space Jockey chair with various changes made to it. The panel shown above has suddenly been changed into a design that was a lot more organic with four circles either side and the impressions of ribbed piping. Perhaps the basic central details added to the centre of the thing can not be described so easily

Glowing semi spheres have been added to the viewing device, and he touches it as if activating controls. However this humanoid in the seat is much smaller than the space jockey from the original movie to the point of being generally the size of a very tall Earth human. 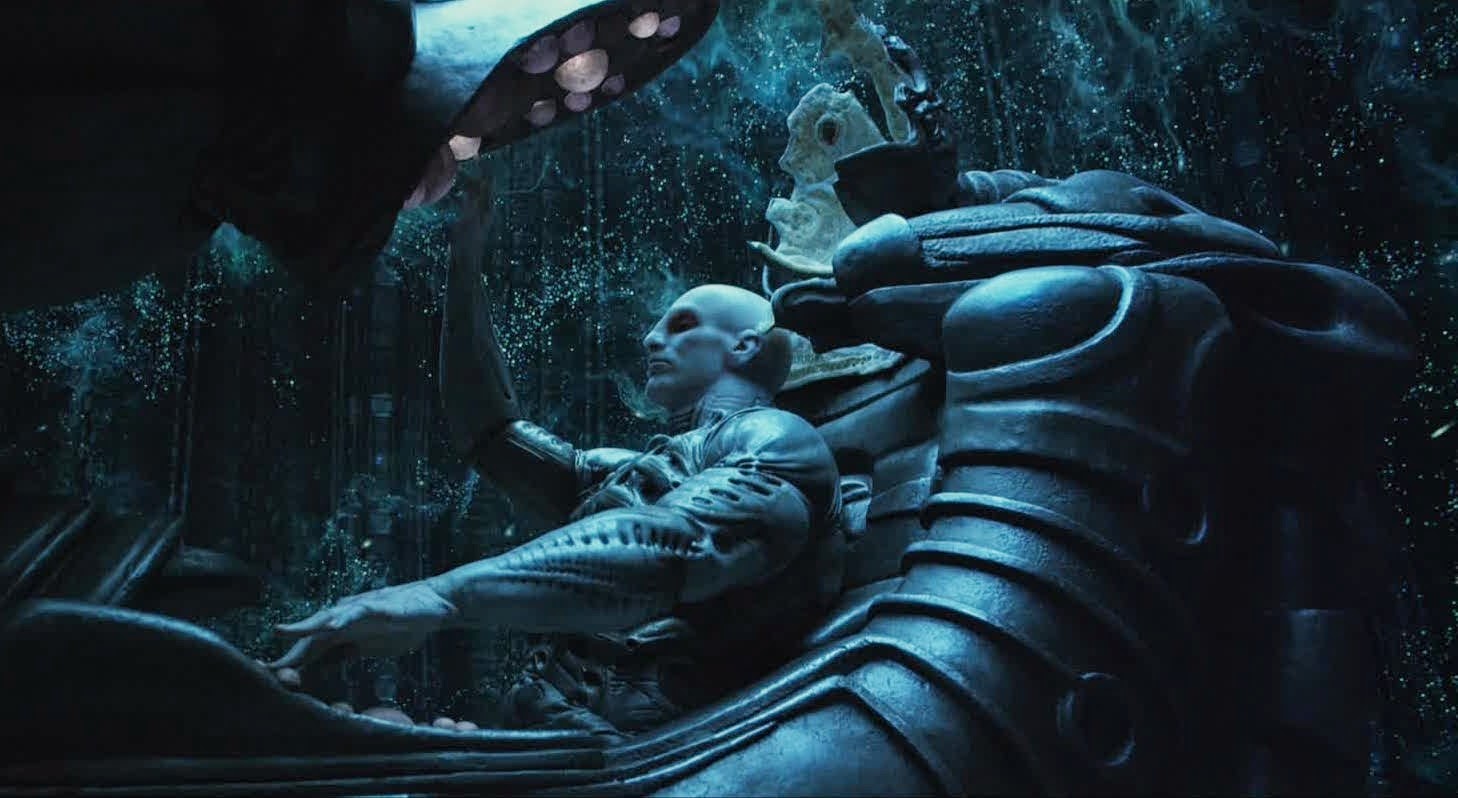