Holographic Universe a theme in Prometheus? 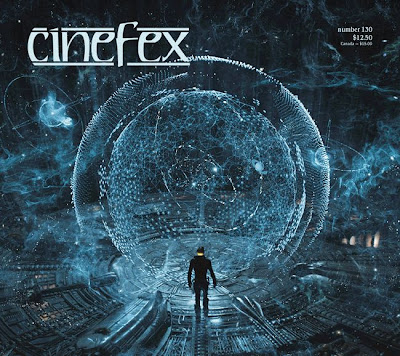 a) Once I had seen the cover for Cinefex 130 released in June 2012, an emotional light shone from it in terms of what lay at the heart centre of Prometheus to say what it was really all about , the idea of this hologram of an orrery with representations of star systems and galaxies floating around, and as a vision of wonder, it subjectively asked me if the universe that we live in is a hologram and if so the discoveries in Prometheus that seemed out of context with Alien might in some way have their place if we take a look at the idea of a holographic universe and the other possibilities that might arise because of that.

b) Later in March 2013, Magictorch the illustrator created an illustration for BBC's Focus magazine that dealt with science and technology,  proclaiming the same idea "The Universe You Live In is a Hologram" with artwork inspired by the scene of the holographic orrery from Prometheus. The article was about the Fermilab holometer that would soon be used to find out if "the Universe is actually a hologram, - a 3D representation of an underling 2D reality. It would mean that we - and the planet on which we are - are holograms." 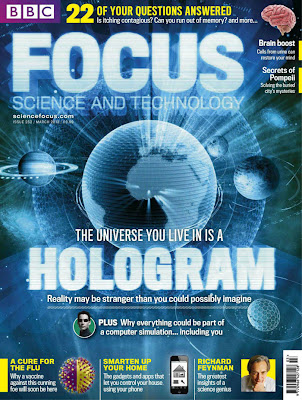 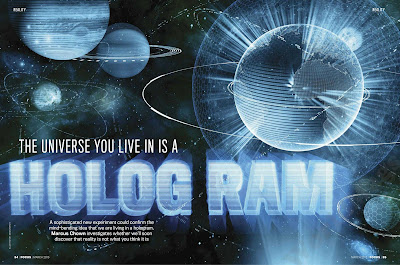