a) In episode 1: The Magician's Apprentice (19th September 2015) & 2 :The Witch's Familiar (26th September 2015) of Series Season 9 of Doctor Who  there appeared a space station like building where Davros the creator of the Dalek was supposed to be located, and then it turned out to be a building that was a part of a city on a planet that had become invisible, and mysteriously it looked like the derelict ship designed by Moebius for Alien, or at least a simplified version conforming to a different style, but the basic shape remains along with use of domes. 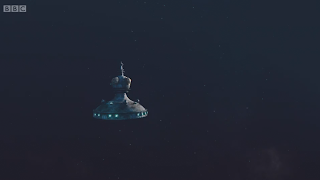 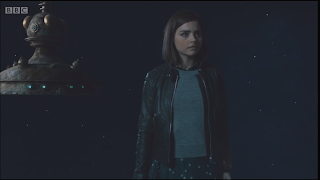 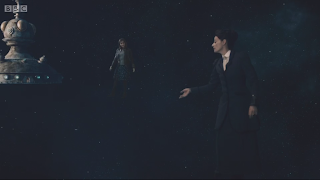 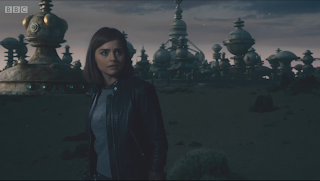 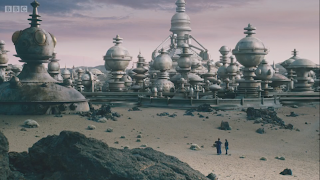