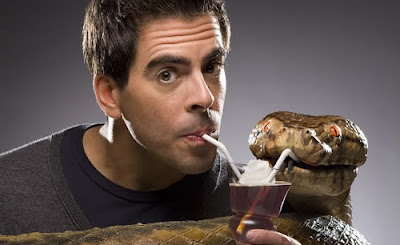 Eli Roth was eight years old when he first saw Alien.
To him it was like a combination of Jaws and Star Wars , and this movie made him want to be a director.
It went to the extent that he felt that Alien traumatised him and because he was so nervous, he threw up after he saw it in the theatre.
In reflection, he thought that was the highest compliment that he could give a horror him.