leading from
Micronauts toys referenced in Giger's art ?
and
Alien: Unlocking the design of the Space Jockey
and
The Henu Barque trail through the 20th century. 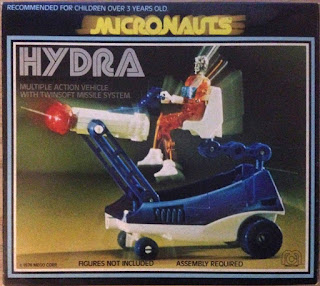 This works with the understanding that Giger was so used to thinking about the Micronauts as a point of reference after his Necronom paintings that integrated it into the Space Jockey design n 1978.

b) Ribbing pattern on the side
Both have a strip of ribbing pattern near along the side by the front made up from near enough five segments.

The chain/rope hanging from the bull horns behind the antelope head becomes the support for the chair, and perhaps the skirt worn by the crouched man becomes the seat.

The three rudders at the front become five vertical shapes near to the front of the sides.

They both have a curved top on the sides.