a) Another one in the Radio Times connections.

Since April 2017 I've looked at this image and wondered about what Giger would have done with it, as if it's calling to say that he saw it and used it in some way 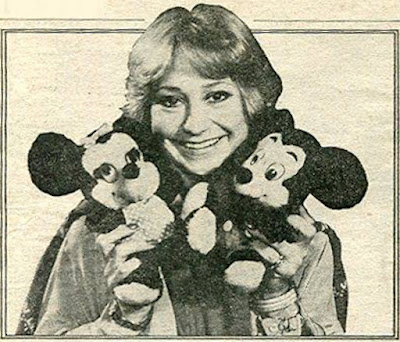 b) She has been a household name in England, but Giger probably was thinking about what he could do with Mickey and Minnie Mouse heads in connection with any woman.


c) On the 21st of May 2017, I've decided to make a connection with his Victory painting series, with the Mickey and Minnie Mouse heads becoming breasts, and all sort of other associations might have come along with this.