leading from
Alien: Covenant artwork by Matt Hatton
and
Gethsemane by Mark Rothko (1944) 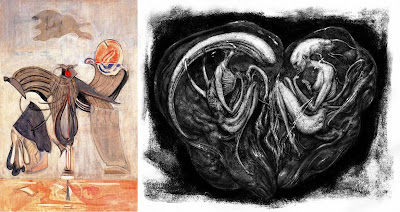 a) A piece of artwork for the drawings of David's surrealistic nightmare visions, some of which are about Elizabeth Shaw. I looked at it and suddenly realised that it referenced Rothko's Gethsemane which is a painting that I came face to face with at the Abstract Expressionism exhibition at the Royal Academy in January 2017. 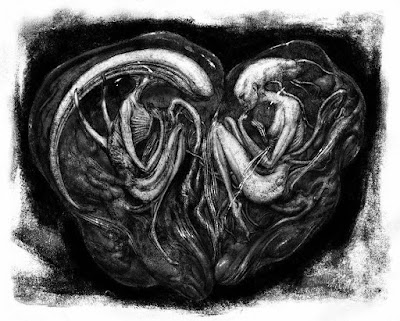 b) It's assumed that the illustration for Alien Covenant is possibly by Matt Hatton, and the use of Gethsemane comes across as an agreeable structure to use. Comparing the parts is not entirely easy because there is no obvious way to described Gethsemane other than a spinning washing line with abstract clothing blowing in the wind

c.i) The beak like form becomes the space behind the female's neck 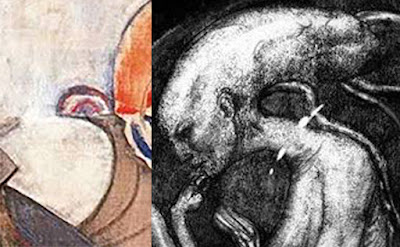 c.ii) A stretched diagonal shape like a warped hairpin within the centre of the read and blue oval becomes a feature  in itself. The back form like a stalk  connecting with the oval becomes almost an abstract arm. 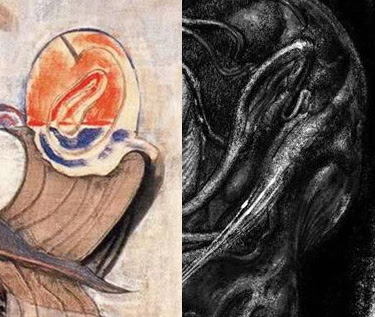 c.iii) A vaginal form becomes  imbedded in the centre 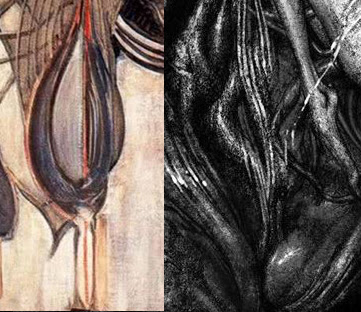 Two lines from either side that goes downwards and connect and become the form of the alien's foetal positioned body. 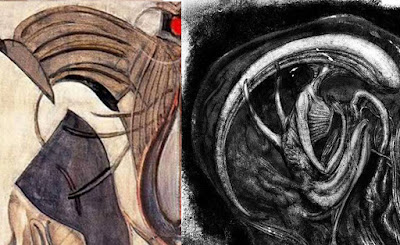 c.v) A shape with a red dot becomes a space between the faces 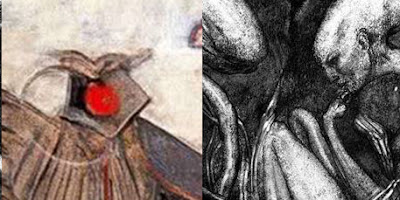