a) Since I am a great fan of Jean-Michel Jarre, the China Concerts album music is often something on my mind and there has been for quite some time the urge to somehow connect that album with this painting. Perhaps the faces might represent the various abstract Chinese voices from the music from the track as Souvenir of China. I continued to wondere what lead Giger to create this painting and what had it to do with anything. Had he ever visited China? I don't know,. 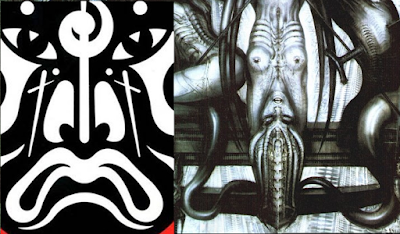 c) Downwards mouth becomes the tentacles, the nose becoms the upper torso of the upside down woman with the nostrils becoming the breasts and perhaps again the head with the arms hidden at the side. 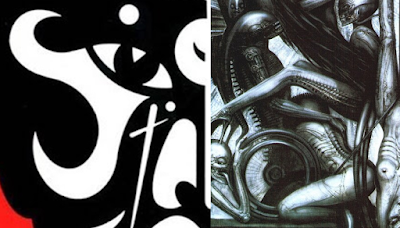 d) The eye becomes the upper leg of the upper humanoid.