a) Working on the Elizabeth Shaw corpse
With the head based on Noomi Rapace's this is said by Colin Ware to be based on Giger artwork. Perhaps loosely inspired by the Li Tobler painting Li II.

He wanted to pay homage to Giger and do justice to the art department designs but it also something that he would be doing quickly and the project would come together in a couple of weeks and he had to work out how to do that with internal organs and bones.

He wanted her to be an artistic experimentation with fertility after he saw amazing art department sketches, but the organic structures round her head could plausibly be from her, maybe a few cultivated parts.

While Colin worked away on the piece, he listened to music such as the German folk metal band, Equilibrium

The prop had been seamed, finished and painted by Alice Baueris and Colin Ware , while Adam
Johansen wrangled it on the set

At a time when people were still asking what became of Elizabeth Shaw in Alien Covenant, a photograph of the Elizabeth Shaw corpse was leaked onto the internet some time before the release of the movie.

This actual body itself, Michael Fassbender found too disturbing to act with and didn't want to be on the set with it but perhaps Colin could take this as a compliment.

Matt Hatton the illustrator's view was that the body was based on Penelope Cruz and while the composition was based on Giger's Li I for which he did a Photoshop montage transplanting Noomi's face onto Giger's painting.  But he welcomed the fact that Noomi's head appeared to be stuck on someone else's body because as far as he thought, David the android was an unreliable narrator because he's not quite right and one can not believe what he says.

However it could only be argued that it was supposed to be Elizabeth Shaw who was dead and there was no other conclusion to make anyway.

Comments with the instagram photo relating to it:
b. i. b) The Elizabeth Shaw head environment 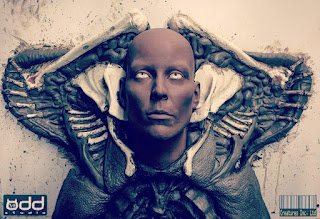 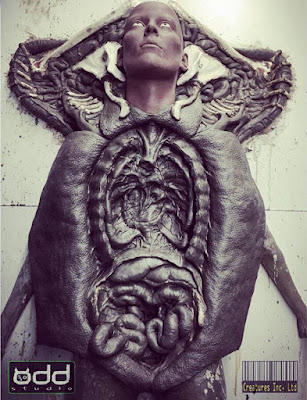 b.v) Colin Ware working on the corpse at the set, helped by Adam Johansen 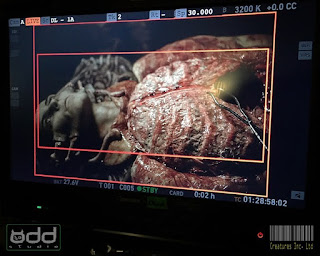 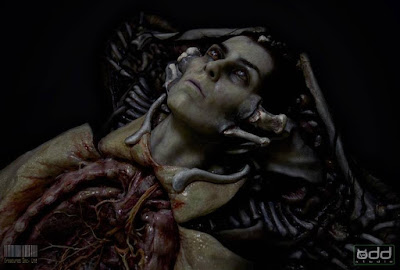 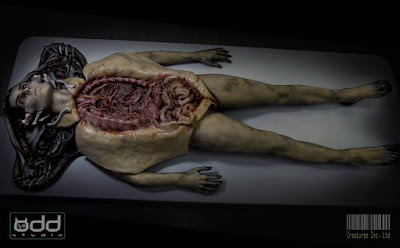 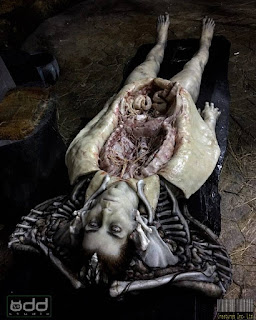 b.xi) Shaw corpse from the 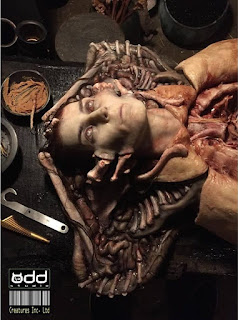 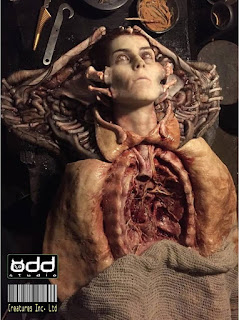 b.xii) The corpse is briefly seen in the final movie in David's laboratory very briefly