a) Although the body references Giger's partner at the time, Mia Bonzanigo who modeled for it wearing clothing. I think it also referenced an almost rather banal Radio Times puzzle illustration from Christmas 1974, which he reversed. Someone back in the 1970s would have looked at the illustration, be a little more entertained and start thinking about toy train sets.

b) Image reversed with painting. 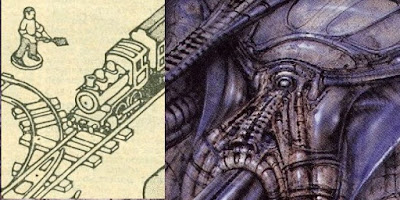 d) Front of train and track integrated into the female anatomy, the front of the train becoming a small eye like formation. 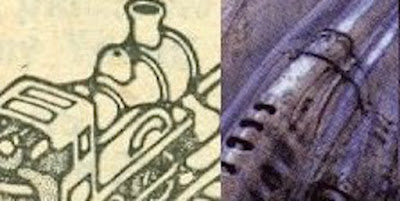