a) Realisation on March 11th, 2018,
I decided to take a look at the French surrealist illustrator Roland Topor since he was someone that Alejandro Jodorowsky is known to have befriended in Paris. This artist created this Untitled piece in 1975. First of all I decided that it had a quality of something typical of artists who had done works based on transforming the Henu Barque in some way, but it wasn't so directly connected. I took a look at the paintings in the Treasures of Satan trail and realised that it shared connections with Paul Klee's "Carnival In The Mountains" from 1924. Once I worked that out, I realised that it also had qualities of Salvador Dali's "Portrait of Emilio Terry" from the 1930s 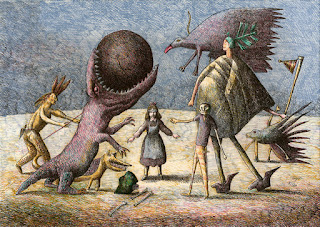 b) References Paul Klee's Carnival In The Mountains?

See: The treasures of Satan trail through 1920s

b.i) The two paintings side by side 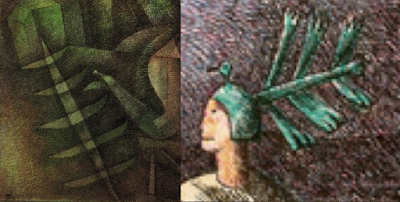 b.iv)  Figures and monster with ball 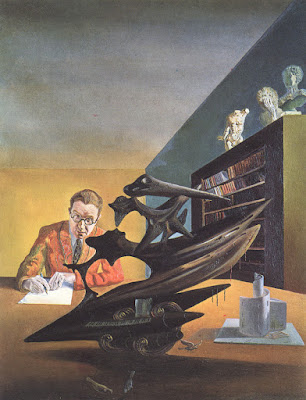 c.i) The two paintings beside each other 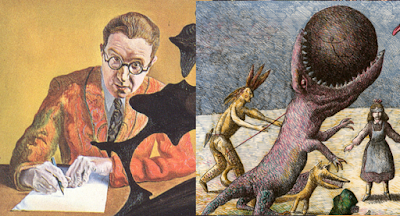 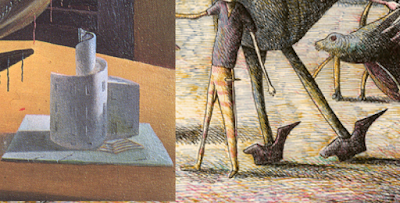 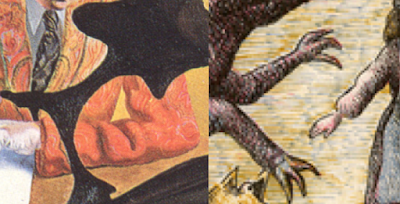 d) A reason for an Hergé connection in Dali's art around this time.