a) Realisation
August 25th 2018, on Graeme Wood's Twitter page, I noticed that a Radio Times page with an illustration for for the Blackpool Tower Circus had been posted. I realised immediately that Giger had somehow seen it and decided to reference it in one of his paintings. After a while that day I came to the realisation that it would have been Cabinet Door For Mia (work 414) from 1979. Below are the comparisons to be made 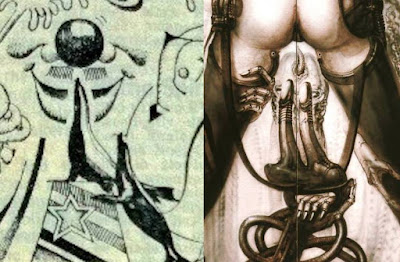 d) Elephants
Elephant trunks become a warped bottle like form coming out of an orifice in the top of a head like form on the head with a forehead split like a pair of buttocks which would also be based on the head of an elephant. 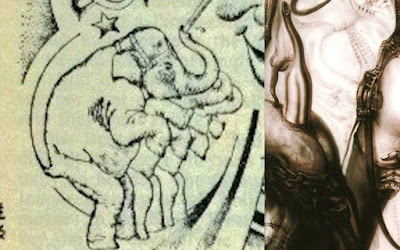 e) Upper left corner
The black hair with a white space in it on a woman on the upper left becomes a grinning face.The R in 'Tower" becomes a sickle like hook. 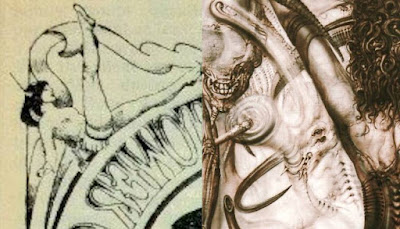 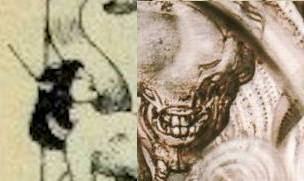 The upper right tendril ribbon outside the circle containing the worlds becomes becomes a horn like form extending from an animal face , and perhaps the hand beneath a sickle like form beneath. 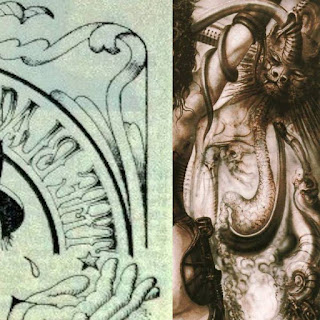