Baron Harkonnen illustration for Alexandro Jodorowsky's Dune project (1975) by Moebius references a photo of the villainous Hood from Thunderbirds on the cover of TV21 #80 from July 1966? 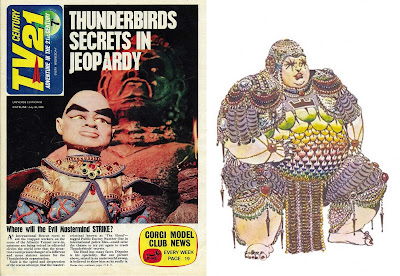 leading from
Cover of TV Century 21 (20th July, 1966)
featuring The Hood from Thunderbirds 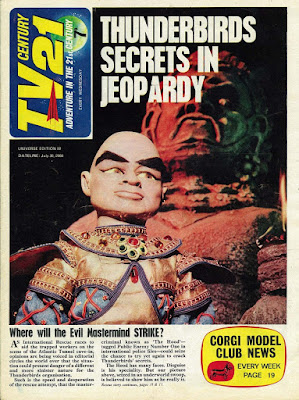 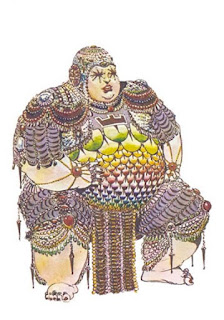 c) Comparable areas. I suppose a lot of different ideas could have been set off by the Hood's jacket design across the whole of the illustration merged with other sources of inspiration

d) So the blue fabric becomes Harkonnen's arms with the red criss crossing lace like straps become decoration on his arms. 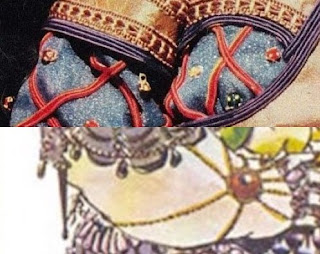 d) Generally speaking, the jewellery on the Hood's neck becomes the scales going down Baron Harkonnen's stomach, starting off green and changing colours as it goes further down.