The documentary explores Dan's original screenplay for They Bite from 1971 was the seed for Memory, and then came Memory, followed by Star Beast and then finally Alien.

However Alien was influenced by films such as Roger Corman's "Queen of Blood", and there was also O'Bannon's love for "Planet of the Vampires" which he screened for Ridley but Ridley didn't like it.

The documentary also covered "It! The Terror from Beyond Space", "The Thing From Another World", as well as the messages of imperialism in Joseph Conrad’s novel "Nostromo" and H.P. Lovecraft’s "At the Mountains of Madness" 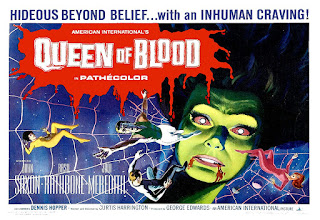