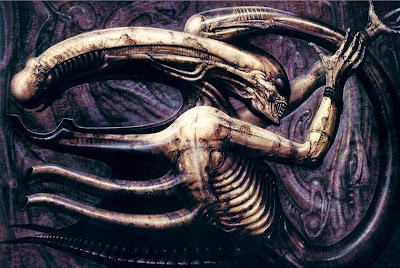 
Philippe saw the design of the Derelict along with its entrance, its caves and the eggs, as well as the xenomorph, he saw it as overly sexualised imagery which he understood came from Giger, and then he felt that this style resonated with Dan O'Bannon and Ridley Scott, not because of that, but because of the Lovecraftian resonance, whatever you might want to consider that to be.

But to open that up, he also felt that there was no question that Alien would not have been the success without the universe that Giger had created.

For Philippe, it spoke to our ancient past, to mythology and to overt ideas of sexuality and subversions of sexuality. It was resonant to people for different reasons.