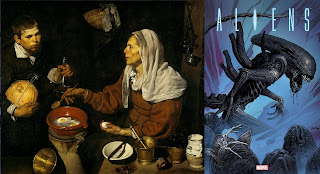 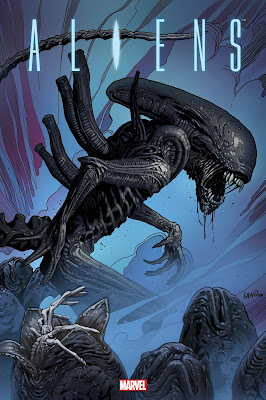 b) References Vieja friendo huevos /Old Woman Frying Eggs (1618) by Diego Velázquez?
Land's piece has raised a large amount of contraversy because of the way the artist has taken bits and pieces from Tristan Jones' earlier Alien artwork and various versions of the alien eggs being made but this is an association that I noticed as soon as it was unveiled on the internet, since this painting was familiar to me and how other people have used it in various ways in different paintings. 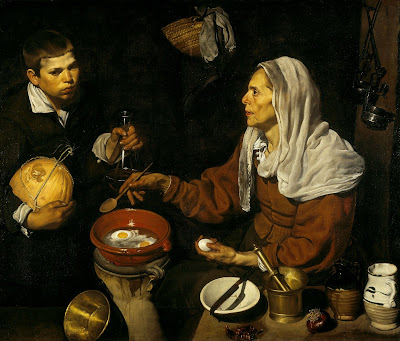 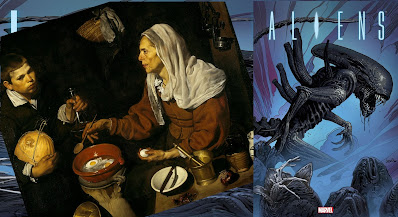 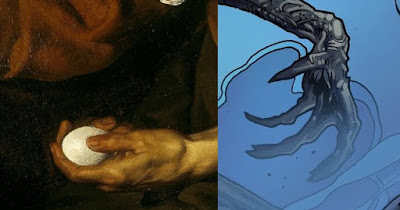 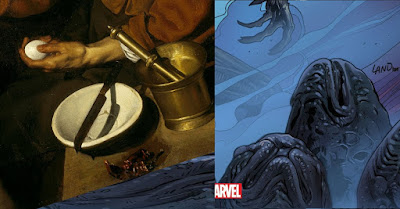 f) The bowl leaning against the stove roughly matches up with the facehugger. 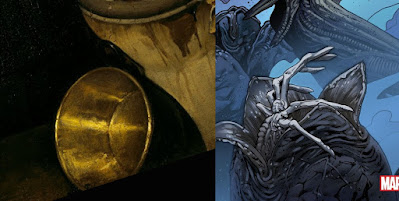 g) The shawl becomes the alien head. This is probably what excited me about the piece despite the deformity of the head of the alien beast 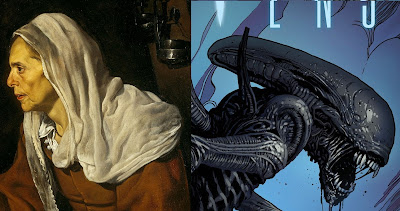 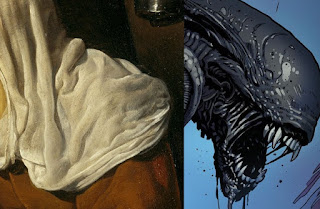 i) The hand holding the spoon roughly matches up with the position of the of the alien beast's elbow, while the left side of the pan becomes the rear end of the alien 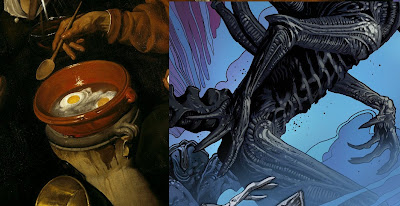