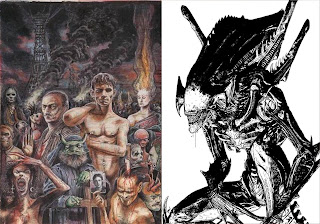 leading from
"Defiance" alien (from around 2015?) by Tristan Jones 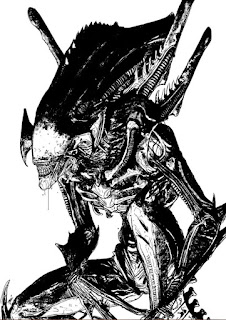 I should point out that I think this piece of artwork references 'Fall of the Damned' (1450 approx) by Dieric Bouts, which is the other thing that I think the alien beast drawing references.

I don't know who should have informed Mr Jones that there ought to be a connection, or even if he consciously thought that there was one at all, but once I connected the cover with the Bouts painting, I have a confused realisation about how it might also connect with the alien beast drawing and weeks later it would seem clearer, 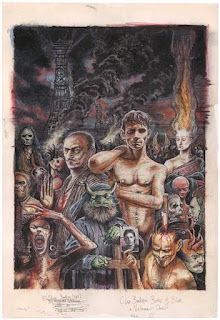 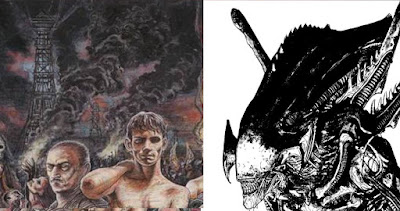 d) Clive Barker's face becomes transformed into a detail on the groin. That's a bit weird, but well. 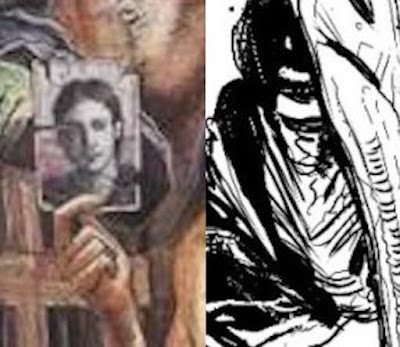 e) The hand becomes the teeth, a man's eye becomes an eye like form in the neck with the hair line become the edge of the fin on the right. 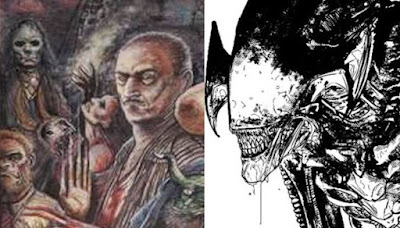