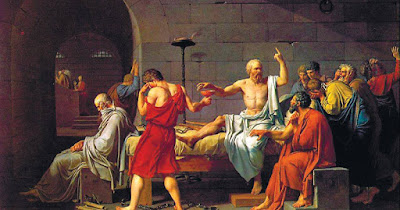 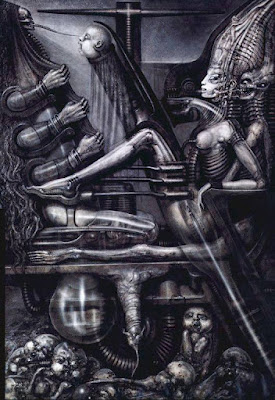 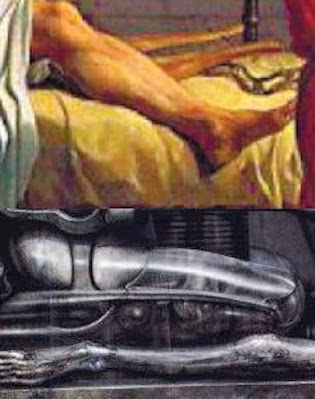 e) Plato as an old man 's upper body is reversed and becomes the female biomechanoid's upper body. His arm becomes her arm. 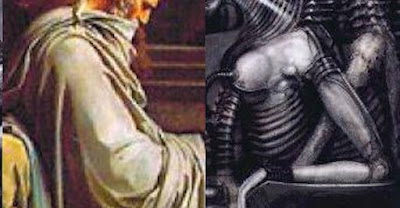 f) Shoulder of the young man on the left becomes the woman's legs at the knee area.

g) This area beomes transformed into the collection of interconnected hears. 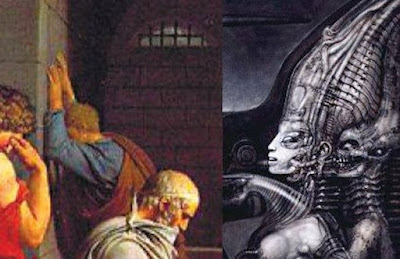 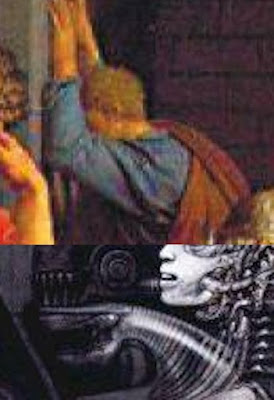 g) Arms and hands are replicated 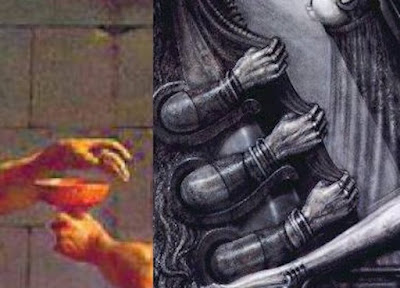 h) Diffuser becomes an item with spikes either side, while its shadow becomes a baby's head poking out of the barrel of a cannon 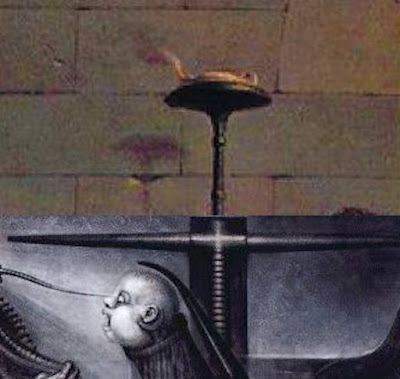