a) 20th May 2016
After Nicolas Refn's seemingly obvious statement at the Cannes Film Festival about the film Planet of the Vampires released in September of 1965, influencing the film Alien, I was wondering if O'Bannon's inspirations went further in other directions, I started looking for alternatives about anything relating to giant skeletons or giants in crashed derelict spaceships.  I suddenly read about the comic book story Trigan Empire that features a spacecraft that crashes with its dead giant humanoid occupants which came out the same year. Perhaps the

b) Appearance of Trigan Empire
The strip first appeared in the first issue of the British magazine Ranger in September 1965 running until 1982, dealing with the long-past events of an empire on the distant planet of Elekton. Heavily influenced by mythological tales, a number of the societies seemed to be based on ancient cultures that had existed in history. Chief among these was the Trigan Empire, apparently modelled on the Roman empire. (information from Wikipedia)

c) Corpses of giants in a crashed spaceship scenario
The first strip told of a spaceship crashing into a swamp on Earth, the crew frozen to death, with many written volumes inside in an unknown language. Studies of the crew reveal them to be humanoid, but around 12 feet tall. After many years, the spaceship is turned into the central attraction of an amusement park. Eventually, at a very advanced age, a scientist—Peter Richard Haddon—who had studied the books from the spaceship as a young man manages to decrypt the volumes, and begins to relate the tales. (information from Wikipedia) 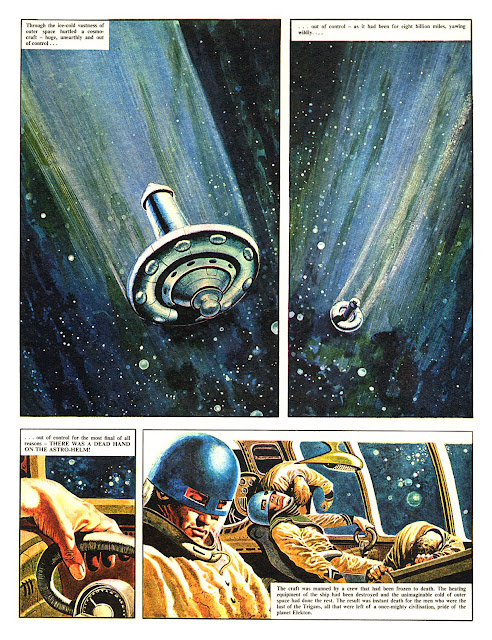 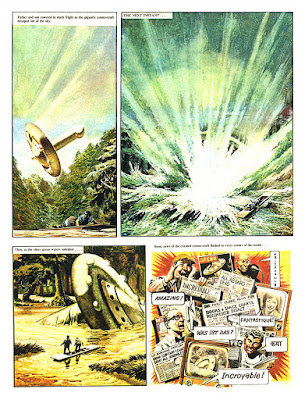 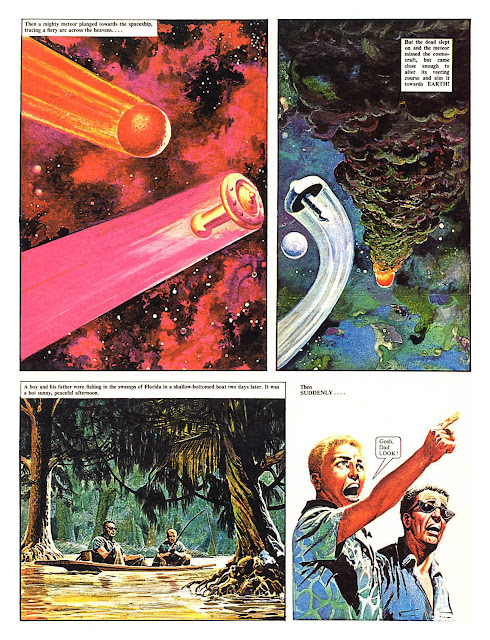 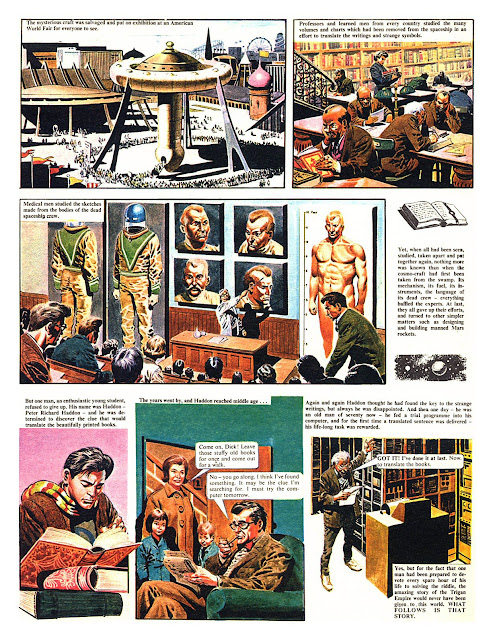