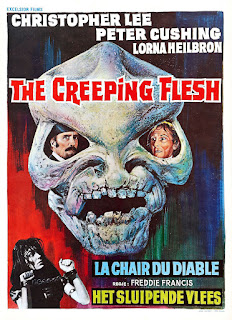 a)  The skull
In 1973, the British film company Hammer released The Creeping Flesh, which features a strange large skeleton with a skull similar to representations of the Assyrian demon Pazuzu. Both this movie and The Exorcist which shows sculptures of the demon Pazuzu and had this entity as the demon who possessed the young girl in the film were released the same year although the latter film came out at the very end of the year in the USA and wasn't released in England until the following year. One might wonder if the production team of The Creeping Flesh found out about what the Exorcist were doing with the demon and thought that they had to do something similar to the demon or if it was a coincidence. 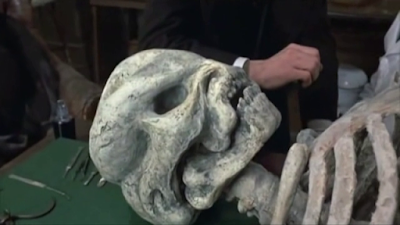 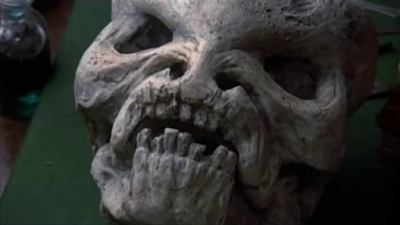 b) Pazuzu head crest
Pazuzu sculptures often feature a ring for suspension at the top that might be perceived as a crest by some, and skull features instead a bony ridge with ribbing at the side. 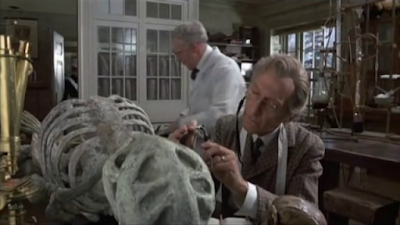 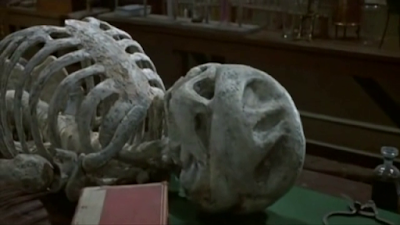 c) Creeping Flesh skull influence on the Alien?
The next question to ask is whether this skull also was made known to HR Giger in some way since this was a Shepperton Studios film, and perhaps this is partially why his alien beast has Pazuzu-esque cheekbones and the ribbing along the cranium beneath the dome. 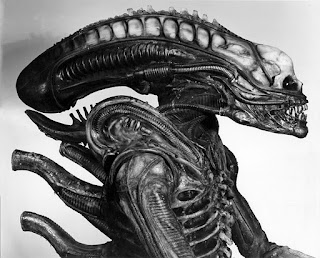