a) Tracking my realisations
On 6th May 2015 , I thought about the bulky head of the fly headed man from The Return of the Fly and realised that there was a strange figure on the left and that there were two versions of the painting shown, and then realised that generally the painting showed impressions of an elephant which ought to have been easy because of the tusks on show.

I wondered if the elephant head buried within the picture had something to do with Disney's Fantasia. Then I noticed the possibility of a baby elephant head.

Then on 6th June 2015 coming back for another look, I made the Pink Elephants on Parade association and looked at his Pump Excursion painting along with Study for a lamp and mirror.

On June 9th 2015, I added the section comparing the cartoon face to a cartoon duck such as Daffy Duck and Donald Duck and there had been a number of cartoon stories published featuring the Disney characters using fire arms.

On June 28th 2015,  my friend Wesley Stamper supplied the realisation that Kokopelli seemed to be the mysterious character with head tendrils and a tubular thing aimed at the mouth hidden in the picture.

On 3rd January 2016, I thought about this being like a ball gun turret of a bomber plane and then that day someone I know on the internet had a piece of footage showing one of these ball gun turrets in action shared with him on Facebook, and this revealed to me that it was most likely a Lancaster Bomber.

Meanwhile on that day I listened to The Other Side that of Midnight a radio show from 16th December 2015 and the presenter suddenly talks about how some people are being distablised more in modern times, and in a time before the internet where they suddenly are more likely to become stalkers, they might instead have been "in an isolated bubble, in their own own tortured thoughts", and these words in quotes equated with what I was suddenly thinking about in connection with the character in an old aircraft gunning pod.

Might there be another aspect to this thing unrevealed? After this I started to wonder perhaps if this bubble like environment, could double also as a deep sea submersible.

On 9th January 2016, I found an image of an old diving bell with supports that might be the sort of thing that would do, and there are so many different types of diving bells and deep sea submersible.
And then came the realisation on this day that the painting seems to be a relative of Max Ernst's painting Celebes that looks like a combination of elephant, bull and diving bell and vacuum cleaner.

On 3rd of August 2016, I decided that the Leviathan from Jack Kirby's The New Gods from 1971 had been used near enough as a starting point , I had been studying the image of the beast not sure when the comic came out, after purchasing a copy I realised that it predated Giger's painting.

On 29th January 2016, I realised that there was a connection between the Micronauts Biotron toy and Necronom III 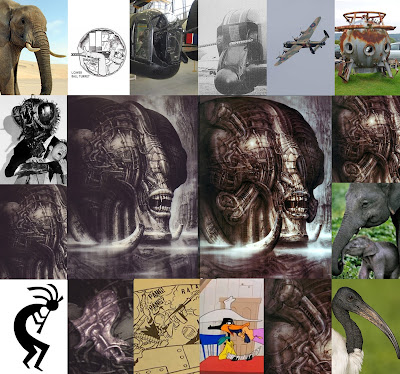 b) Describing the image
This Necronom is like a bulging head that's chin up in the water, with pipes going down from the head into the water, its structure has the qualities of an elephant's skull with elephant tusks at the side. The structure to have biomechanic ribbing, perhaps it's has within it a cartoonish passenger who might be in trouble and this vessel is translucent around the eyes. Changes made between this Necronom III  and version IIIa, give it transparent lips, the passenger has been altered. A strange curved rod has been inserted into the side of the structure that might interconnect with the new deformities on the inner passenger's head. There is another one of these inserts placed on the other side directly opposite. The tip of the nearby tusk has been built up again. 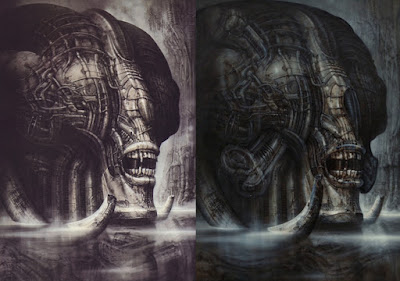 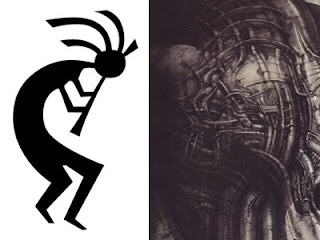 d) Head of humanoid transforms into an ibis 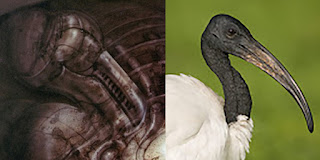 f) Questions about the head from The Fly 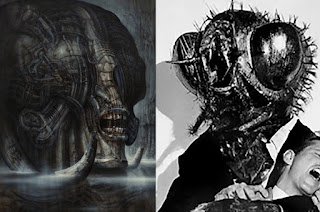 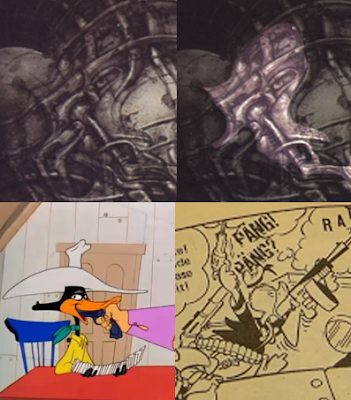 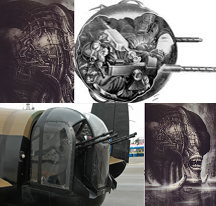 i) See: Necronom III evolves into a diving bell 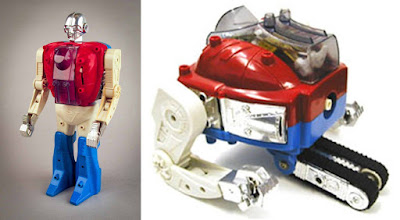 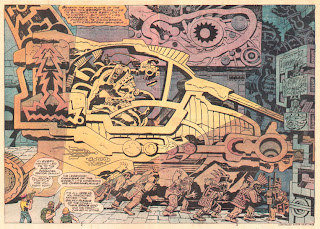 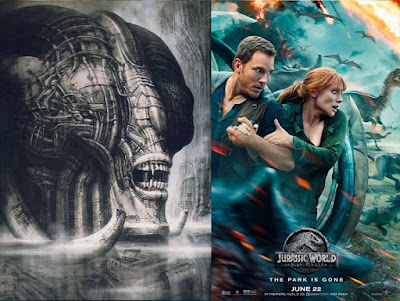