b) Watch out for Pluto!
However if we look at an earlier version of the painting we can see something that resembles a cross eyed cartoon character with a long snout and perhaps it looks like a Giger-ised version of Pluto with its sharp teeth and Giger could not be bothered to be specific about which Disney Character it was. Having said that, perhaps Mickey Mouse's face was in a much earlier version and Pluto was in it as well. Pluto would disappear by the next stage of the painting but the small face of a strange animal with a puffy face remained to be seen 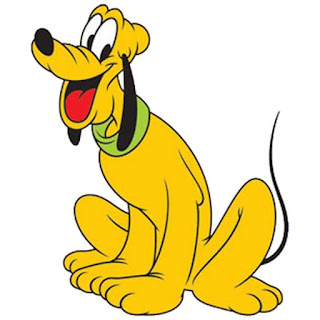 c) Comparisons between female figures from early stage and final image
Earlier stage of the female from Vlad Tepes painting with the detail from the final image. The way her head stretched back and partly began to curl around made it seem partially like an elephant's head and trunk, her ear would have been the elephant's mouth and soon the trunk was painted over,  replaced with a long dark demonic character. In the original version, the head had ribbing along the end as if the head was like a a lightbulb. The under surface of the entity's head becomes covered in ribbed patterns