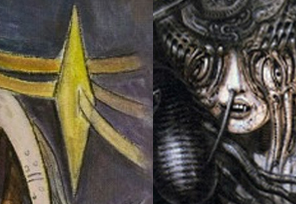 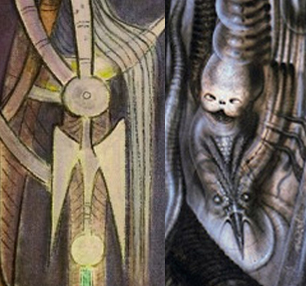 e) The ribbon across the top now the right way around in the picture becomes a disc pierced with nails and the small circular Elegua face becomes the centre of the shell like coil on top of the head dress of the female face in the background.

f) The right of Lam's painting is reinterpreted again for the far right of Giger's Vlad Tepes. The diagonal top of the doorway becomes a wing. The curve beneath the horse woman's head along with what looks like the sail of a boat in the distance becomes the curve of the head of the monstrous woman whose being sodomized, the armpit becomes one of her buttocks while the shoulder becomes the other. The sphere with tendrils leading from it beneath the boat like form, that links with the shoulder of the horse woman, appears to become the vagina merged with breast of the monstrous woman. The round little horned Elegua head with its ribbed  body becomes the skull and the body of the tall dark creature 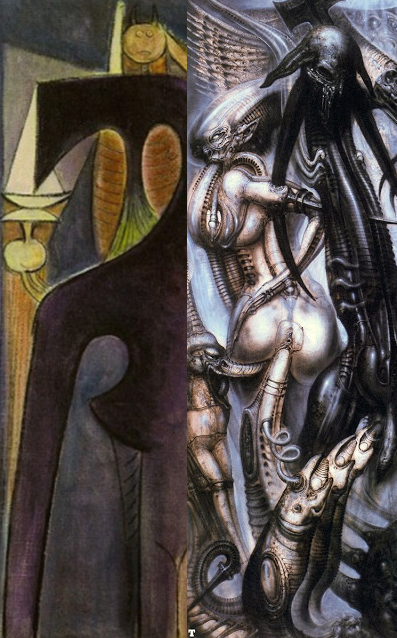