or
The coming and going of Jean Giraud "Moebius"

leading from
Alien: Production Begins
and
Jean Giraud (AKA Moebius) 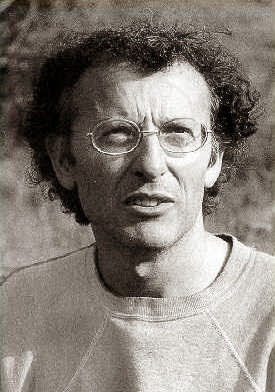 The French illustrator whose work had graced the pages of the magazine Metal Hurlant that Ridley Scott had been introduced to by Ivor Powell during their days of filming The Duellists in Dordogne,  Jean "Moebius" Giraud arrived and Dan was very glad to see him, he had been looking forwards to getting him involved in the production, and of course he would have been someone that both Ivor Powell and Ridley Scott were very eager to meet. Dan hadn't seen him since the Dune production.

b) Moebius starts work
Moebius regarded Ridley Scott with his creativity as a kind of an enlightened amateur, in that way he would compare him to George Lucas the director of Star Wars, and as an illustrator, Ridley was a professional. He felt as if he was a kind of a brother asking him to do something that he didn't have time to do. Moebius had started working immediately, he drew the space suits and also he had done some sketches of derelict ships and a space jockey in its pilot chamber with a head borrowed from a sketch by Chris Foss. During this time Giger only had indirect contact with Jean Giraud.

c) Moebius quickly waves goodbye
However on the first day that he arrived, it was discovered that there had been a misunderstanding about the salary.  He thought that they were paying him $5000.00 a week, when in fact they were paying him $500.00 a week, and he couldn't afford to work on that basis at this time because of his expenses, so he gave them the space suit designs, got on the plane, and went back to France. Jean Giraud counted fifteen days in all of work that he did. And so Dan realised, they were just using him.  They used the suit design, but that was the end of his involvement and the money.

d) Years of the Alien aftermath
In years to come, he would be heavily credited by the French media for his work in the movie production just as much as Ron Cobb might be credited for the main work in the film by the USA , and England would talk all about the work of Chris Foss in Alien and Switzerland would talk about how Giger had done all the work in Alien.  Jean Giraud was not so interested in playing the media game for this although he could not stop the decades of media and advertising benefits that it led to, but at the same time he was open to good resulting opportunities that came his way.