Leading from
Alien; making the movie
and
Alien: Temple Of Mysteries
and
Alien: Brett's death scene references "The Adventures of Tintin and The Cigars of the Pharaoh" by Hergé, as published in La Petit Vingtieme #4, January 1933 ?
and


Alien: Nostromo: The Garage leading to the Claw room 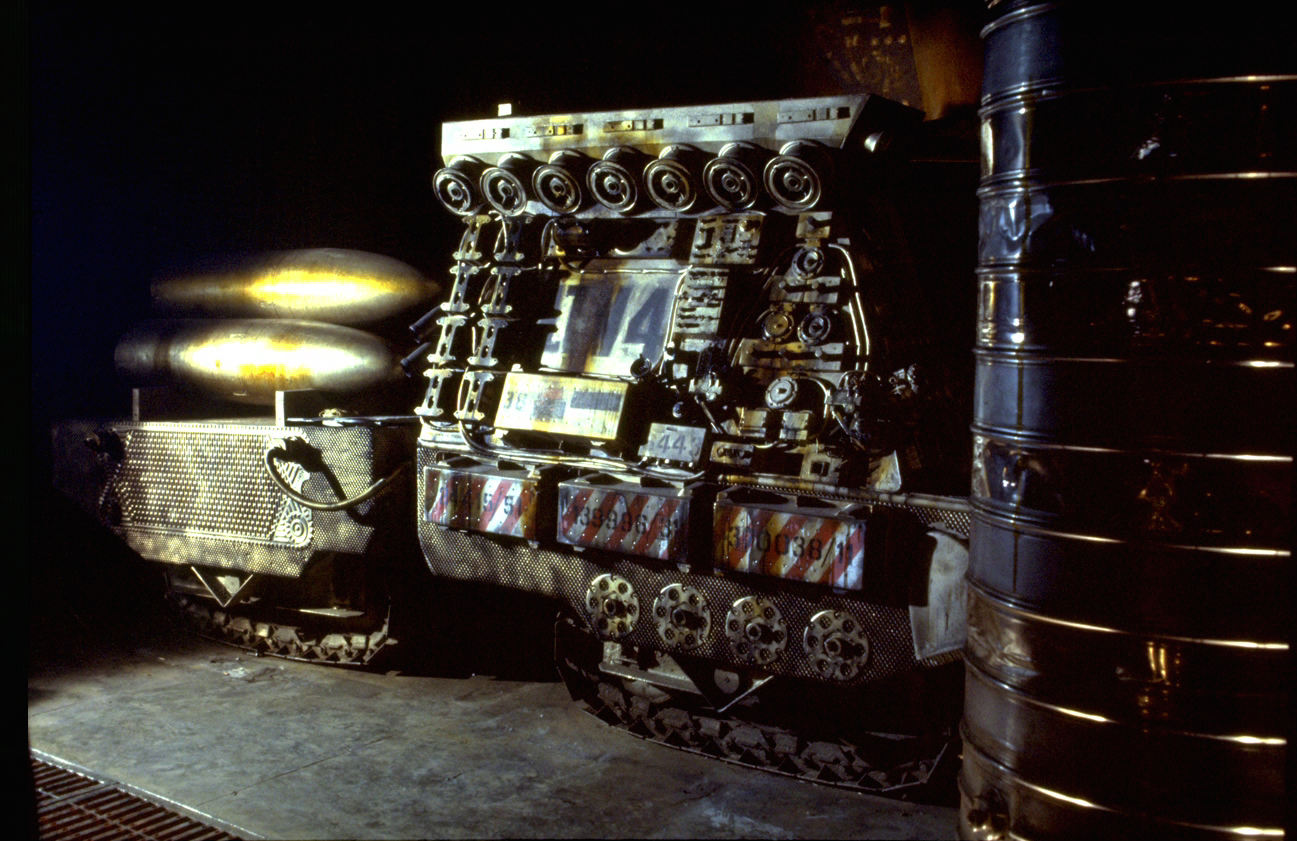 a) "The treasure room"
The ship is creaking. The garage of the ship is the treasure room. Because it's one of the equipment rooms, Ridley got fairly exotic looking digging equipment of the appropriate size, small bulldozers and small earth movers. He has them sprayed all gold and somehow it worked as very high tech pieces of equipment. One vehicle was a combination of pieces of equipment, such as tank tracks with some shell casings.

Despite the fact that Ridley decided that the Nostromo was a vehicle towing a refinery rather than something that went on missions looking for minerals on other planet, Giler and Hill decided that these vehicles as part of the crew's gear as truck drivers in space and the machines stayed on. Ridley hoped to find a reason to get them outside but in the end it was too impractical an idea. 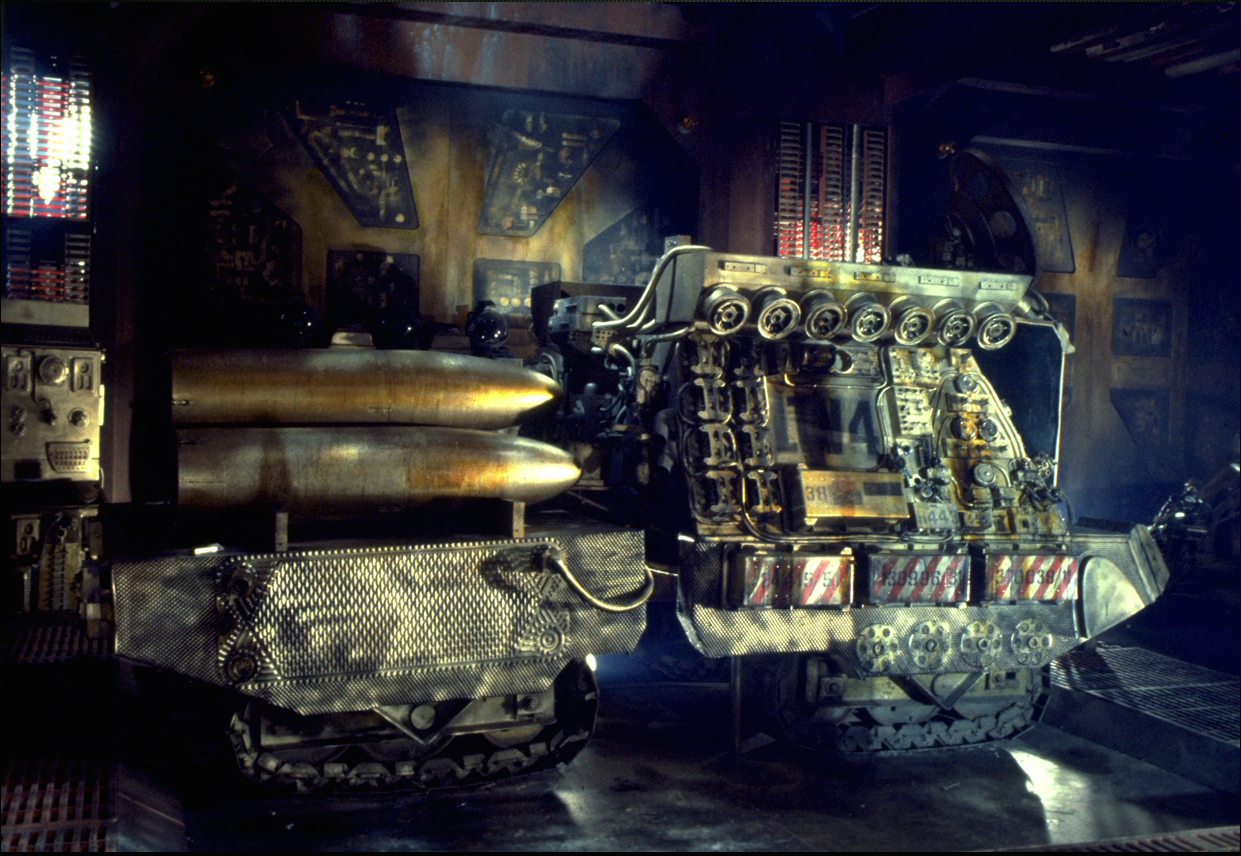 In the background was a sound that was organic, a sort of a pulse which might be a very very pullback heartbeat.

c) Discarded Skin
Brett picks up the discarded skin, like something that a snake would discard. Now it was obvious that Brett was going to die

d) Creating the temple environment
Ridley Scot decided to transform the landing leg room of the Nostromo into a temple environment
Roger Christian went out and bought two Canberra bombers and dismantled them.  The jet engines became the columns of the room which gave it the feel of a temple. Inspired by the way the Apollo Lunar Lander was partly covered in gold foil, the walls of the room accompanying the vehicle; land crawlers, helicopters and other flying machines and equipment that the crew would use in their work on and around the refinery, and when they land on various planets. were covered in gold paint would become like "the Egyptian treasures". Tutenkhamun's treasures would still have been fresh on the minds of the public at the time

SCOTT: Well. Waiter Hill and David Giler had looked upon the crew of the Nostromo as truck drivers in space. The vehicles were part of their gear. When I came up with the refinery idea, the machines stayed on,

Fantastic Film: Were there scenes laid out for the use of these toys?

SCOTT: I didn’t want the crew to just sit around onboard. I hoped that we might find a reason to get them outside and away from the ship. Perhaps for repairs on Nostromo or onto the refinery itself. But it worked out as too impractical an idea. (Fantastic Films 11, p19)