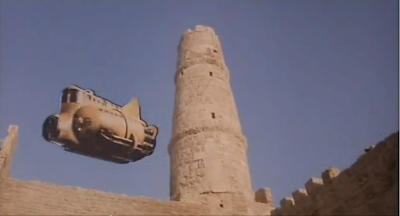 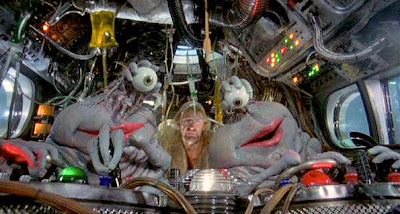 b) Roger Christian on the scrounge for Terry Gilliam
Bill Pearson recalled that one day a man came into the workshop and he introduced himself as Roger Christian who worked on the production as art director and was responsible for a lot of the set dressing, including the Nostromo corridors.
Roger was on the scrounge.
By that time the models department had thousands of pounds worth of plastic kit dressing left over, and Bill said to Roger, "If you need some of it, help yourself."
"We like to help each other in the industries." was another thing that Bill was happy to say

At the time Roger was working on Life Of Brian, so he went around and managed to fill quite a few boxes with suitable bits and pieces.
This was primarily requited for dressing the spaceship in the scene which Brian is picked up by a spaceship, taken around the earth and then dumped back again. 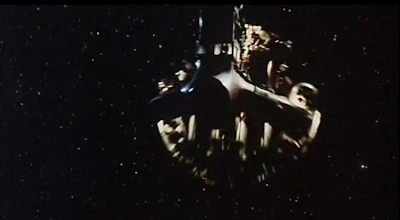