Leading from
Alien 3
and
Haven't a clue about Bishop 2 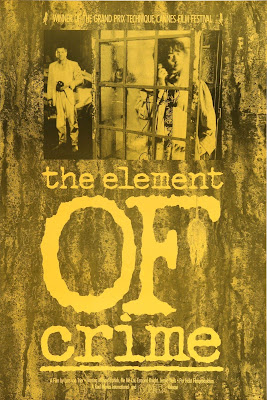 a) First revelations about similarities
When I first saw Alien 3, I was slightly disappointed by its unfinished and fragmented nature,  I thought that I saw a review towards the end of its run that compared it to one of "Tarkovsky's opium fueled hallucinations" and suddenly thinking about the work of Tarkovsky put me in a better view about the movie in that it was more or less an abstract hallucination, but looking back through old Starburst magazines I saw a review by Kim Newman for the movie that suggested that the movie was like Tarkovsky on valium and it may well have been that which I read.

However around the turn of the millenium, I was informed about the movie "Element of Crime" by Lars Von Trier and how there were some things in it similar to Alien 3. Element of Crime was released in 1984. Later i discovered that this movie had been partially inspired by the works of Andrei Tarkovsky, before I suddenly began to make further links with Alien 3.
Here are a few ways that the story has been described:
b) Other connections.
Another thing to note it that it's been said that William Gibson compared his own slightly early Alien 3 script to Tarkovsky's work, so it might seem as if that Russian director's influence was going to be felt one way or another.
A thing to stress is that Element of Crime film payed homage to the movies of Andrzej Tarkovsky although he is understood to have seen it and despised it,  and it seemed certain that Ridley Scott's "Blade Runner" perhaps in terms of cinematography and the presence of an investigator in the future caught in some strange existential crisis.  Also it was noted by fans that there was a Francis Ford Coppola's "Apocalypse Now" connection.
In the commentary track for the DVD of the Element of Crime, Peter Shepelern who wrote a book about Von Trier's film and knew him mentioned that his ideas also were inspired by writers such as Kafka and Borges and discussed with Stig Bjorkman how Element of Crime would have been very much inspired by Film Noir such as films "Confidential Report" and "Touch of Evil" by Orson Welles, Trier enthusiastically Trier enthusiastically discussed how a scene was inspired by "Taxi Driver" by Martin Scorsese and that film has been labeled as Neo Noir etc. But here is appears to be more important to point out the comparisons to Blade Runner are there but perhaps negligible.
c) See: Apocalypse Now to Element of Crime 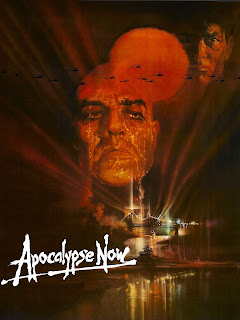 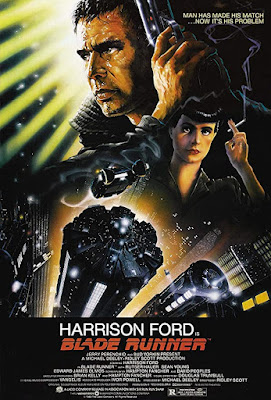 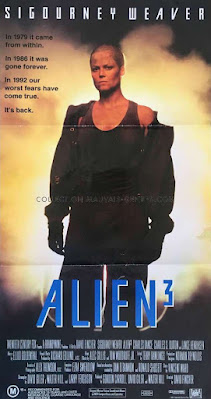 However, when it came to making the following film in the Alien series, being Alien Resurrection (released 1997), Jean-Pierre Jeunet would openly cite Lars Von Trier as one of his influences for the movie. Perhaps even his earlier film Delicatessen (1991) co-directed with Mar Caro took inspiration from Element of Crime
Posted by wmmvrrvrrmm